I’ve long been fascinated with pilgrims and their pilgrimages – people who are so devout as to make substantial investments of time and money and effort to visit religious sites.

Recently I visited arguably the oldest pilgrimage destination in the western world, and you can see my pictures here: Santiago de Compostela.  It’s tucked into a remote corner of Spain, and even today it requires quite some time and effort to reach.

And this is an equally famous pilgrimage destination, Lourdes: 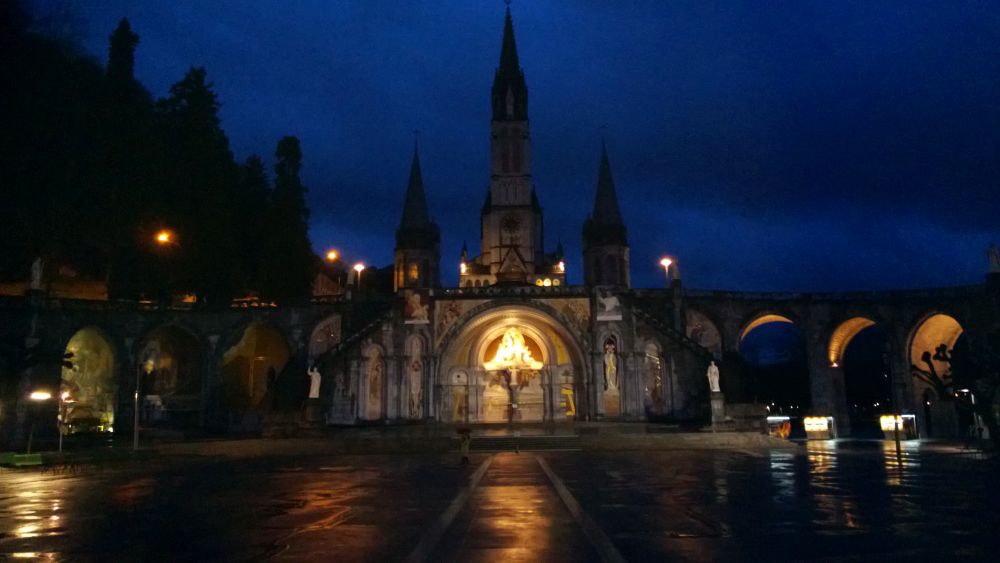 Just like Santiago de Compostella, Lourdes is in a very remote section of France. Even with an automobile, it is very difficult and time-consuming to reach. 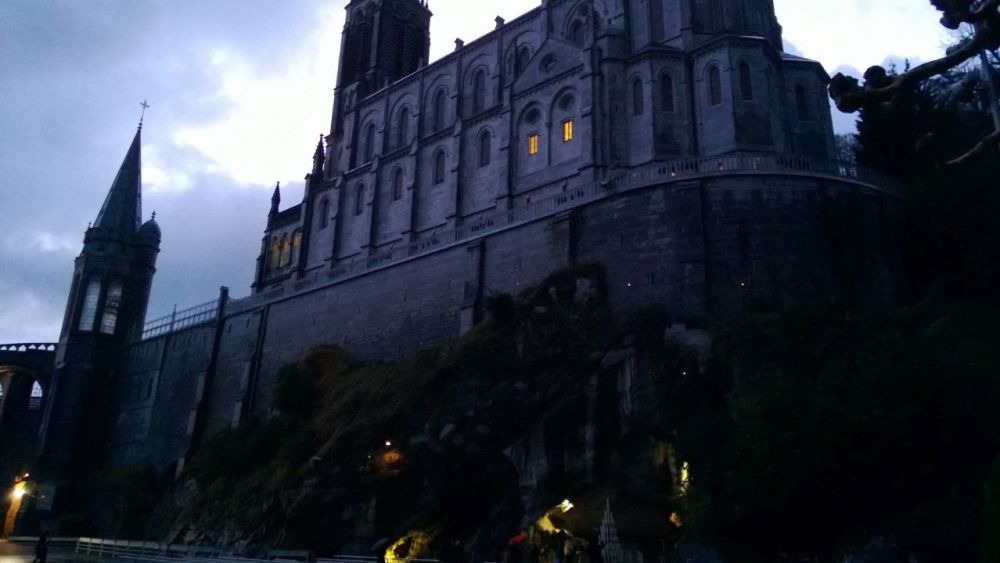 As I usually do, I visited during the off season, in the middle of winter.  Except for one family, I was alone in the entire complex which has grown in size to host tens of thousands of visitors each day. The pious believe that the spring water that flows out of a cave is holy and can cure illness – and it’s amazing to see the huge engineering effort, in which this water is diverted into channels so that the pilgrims have easy access. For a one euro donation you can buy a little glass water bottle.

A connection with UFO’s?

A few years later, in Portugal, three children also reported seeing the apparition of a woman; like the apparition at Lourdes, this was later attributed to the Virgin Mary (Our Lady of Fatima). 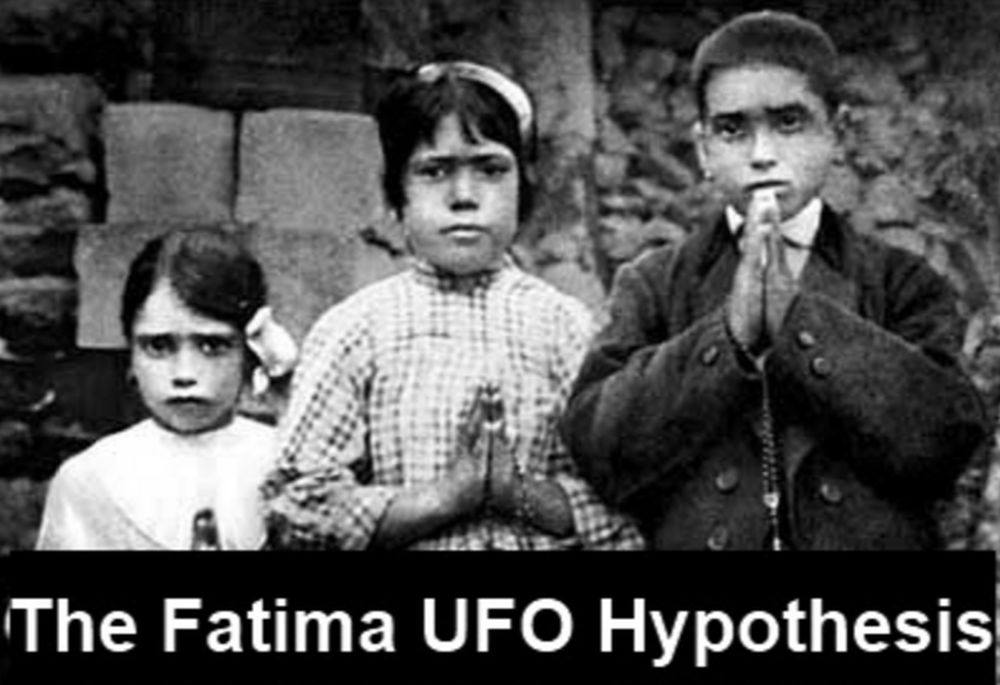 So . . . could it be that the peasant girl in Lourdes, and later the three children in Portugal, witnessed something extraterrestrial in origin – or perhaps a time traveller from the future?  Some people believe so, and you can read more about it here.