A lot of people think he was the fictional creation of an author, but that hasn‘t stopped Switzerland from adopting Wilhelm Tell as one of their most famous local folk hero’s. Deep, deep within the Swiss village of Altdorf, deep, deep within the Swiss canton of Uri, there is an incredible statue of Wilhelm Tell – which is so big and incredible I can only reveal it piece by piece, such as this close-up here: 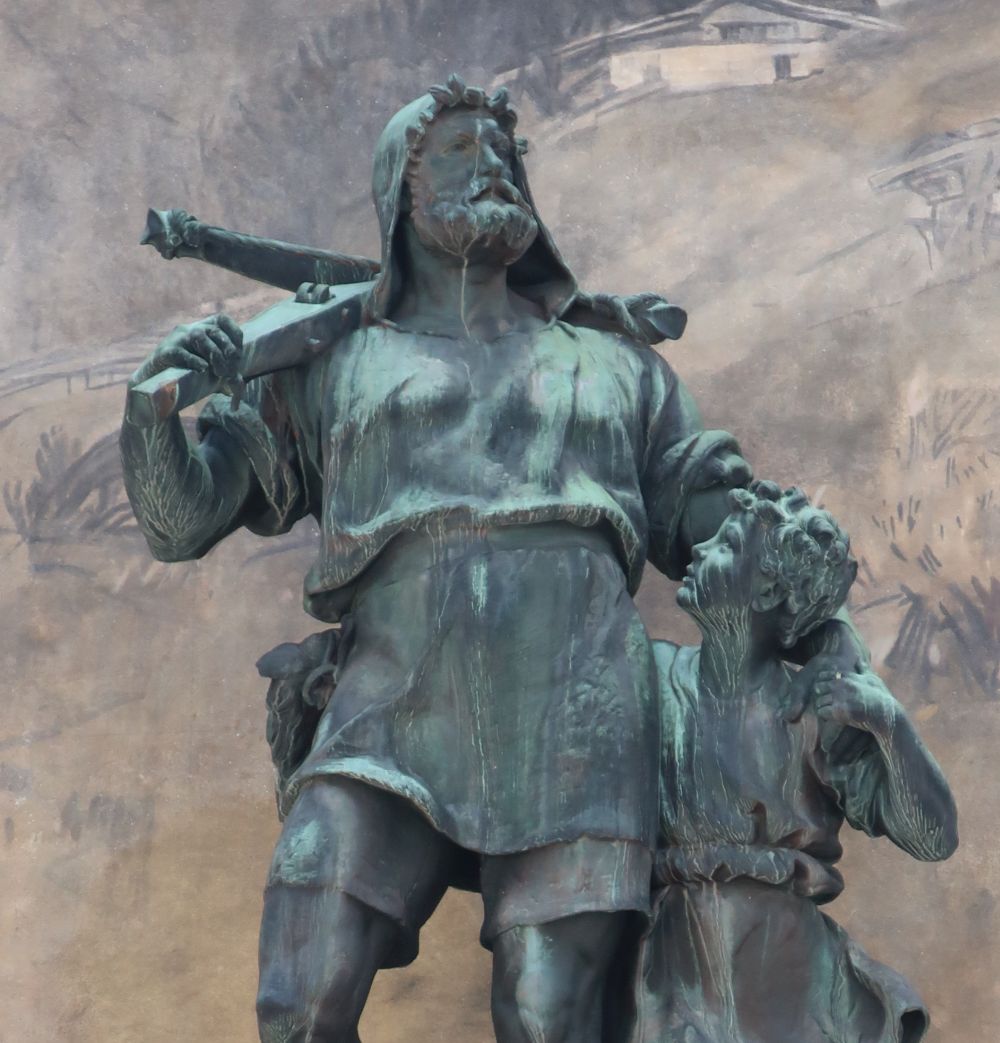 What I don‘t really know is whether the artist tried to capture father and son before Wilhelm used his crossbow to shoot the apple off his son‘s head – or after. From the fearful look of the small boy, and the „try to be brave, my son“ look of the man, my guess is that this scene took place just immediately before the Apple was shot off – but that‘s just my guess.