At first I just casually stepped over this manhole cover in the southern French village of Arles.  But then I thought to myself – do they still call it a “manhole” in this day and age, and if they do, what’s is it called in French?

But then I noticed it was worn on one side, as you can see below: 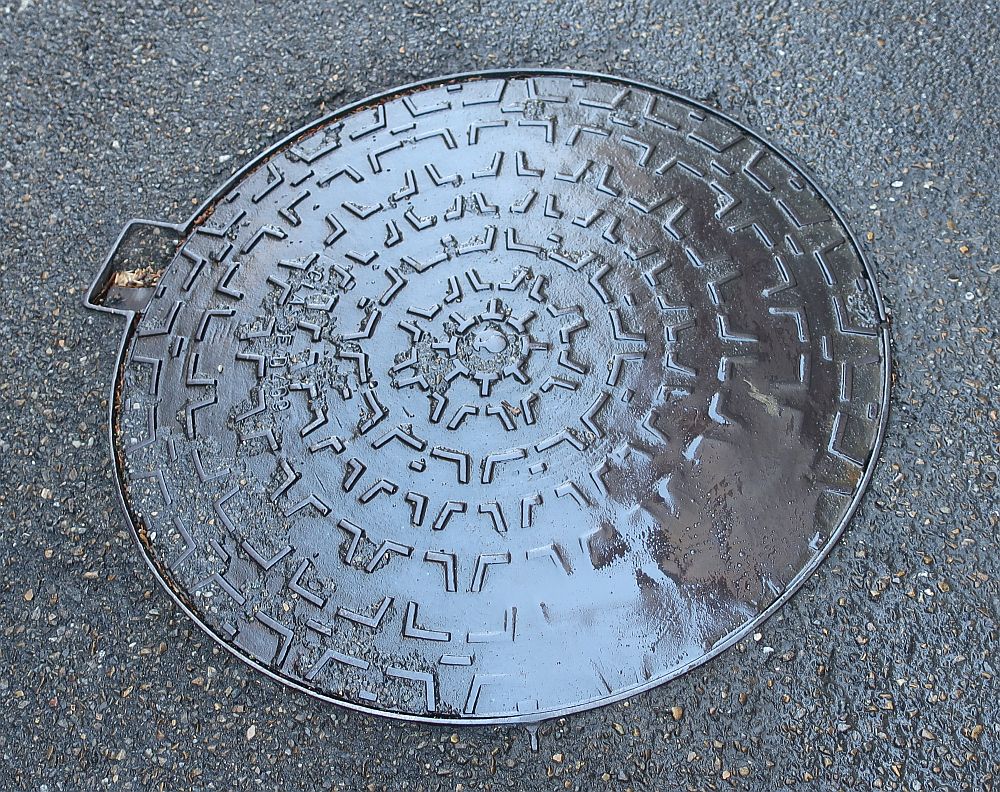 This was a true mystery to me. Probably, it was worn by the tires of cars that pass over it – a logical explanation because the cover sits just to right side of the street.

But if you stop and really think about modelling this behavior, it makes less and less sense. If the metal could really be worn away by the rubber of car tires, why wouldn’t more of the cover be worn?

No, what is more likely the case is indicated by the bits and pieces of asphalt that are stuck to other places on the cover. Probably, the cover was laid, the street was covered in asphalt, and the cover was then exposed, possibly using a sandblaster.