I took this snap on a field just outside of the fence that borders the Zurich International Airport (ZRH), 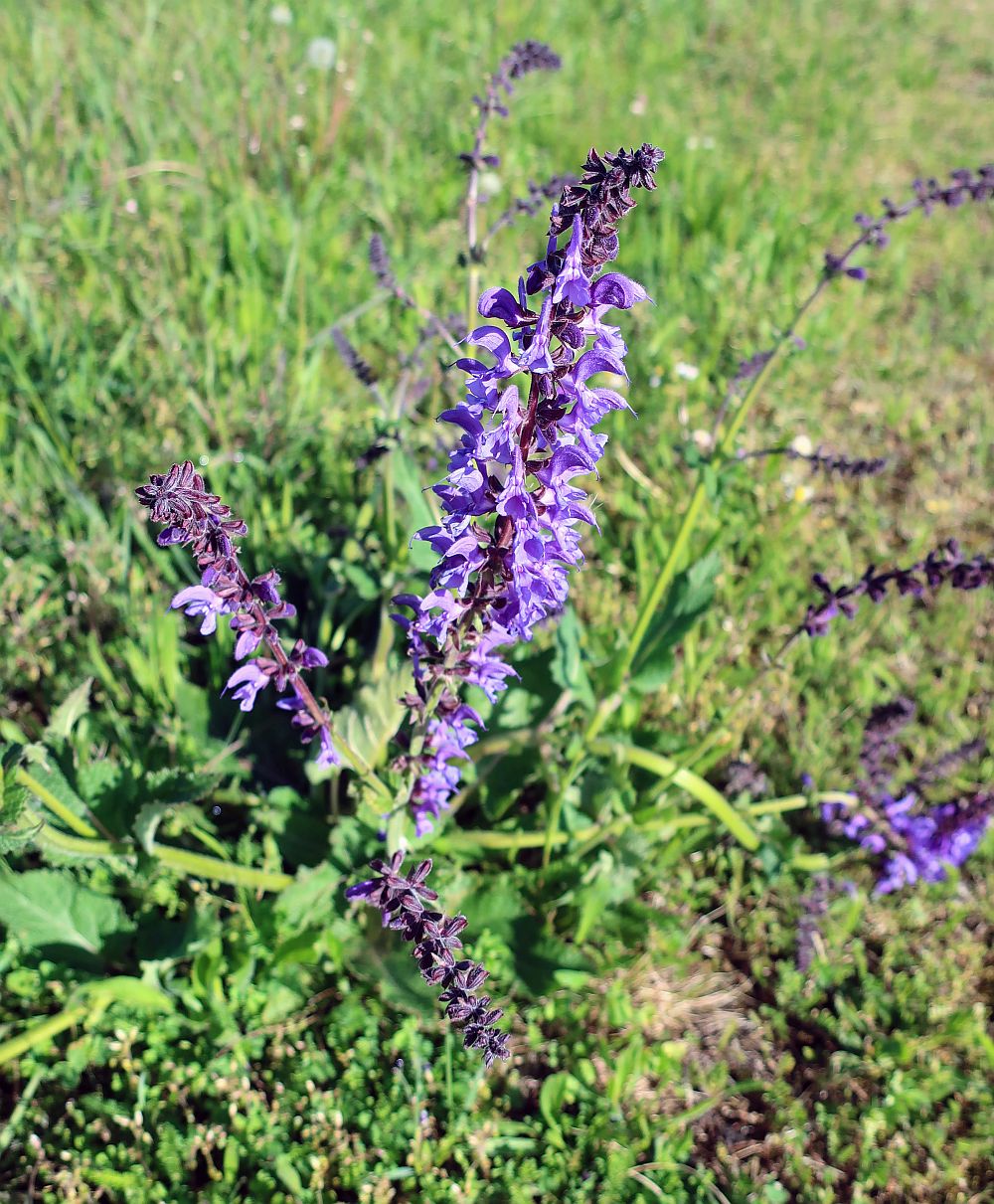 I took this snap just outside of the Swiss historical village of Le Landeron, in the Kanton of Neuchatel,

Bank of the Rhein River, looking north, that is: 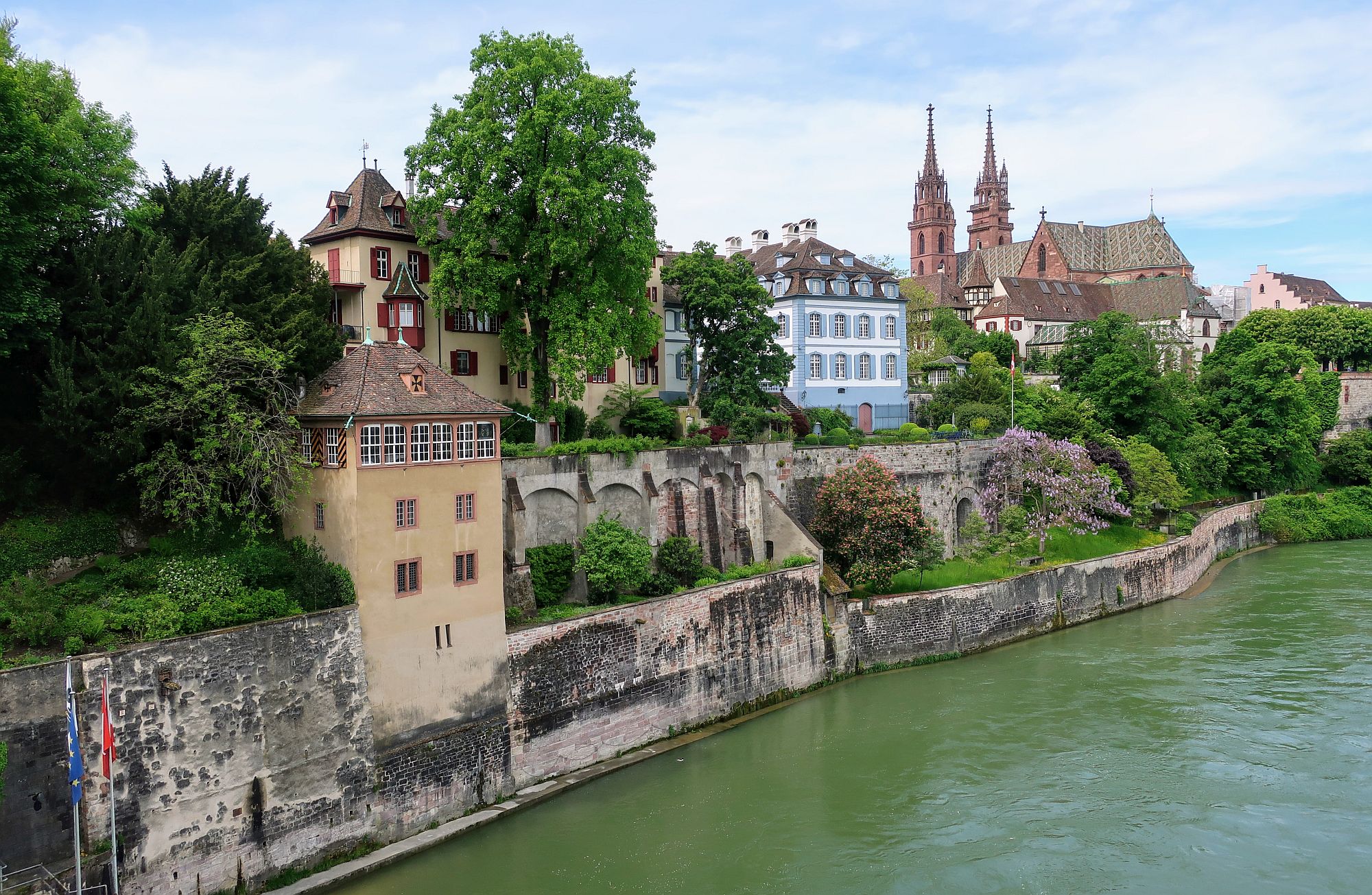 I took this snap of the covering of a tram stop in the Swiss city of Basel. Interestingly, I did not convert this to black-and-white, this is really a color shot: 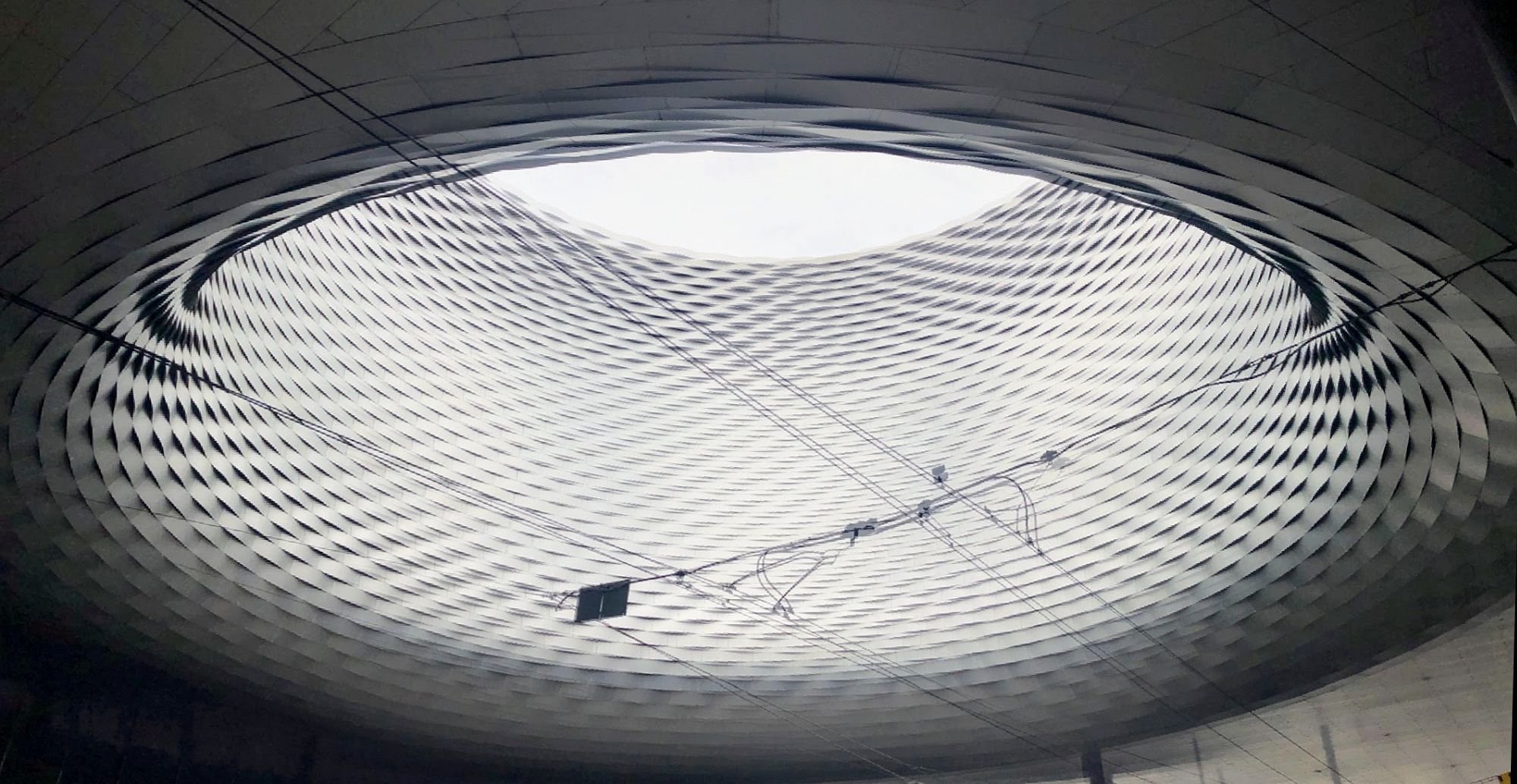 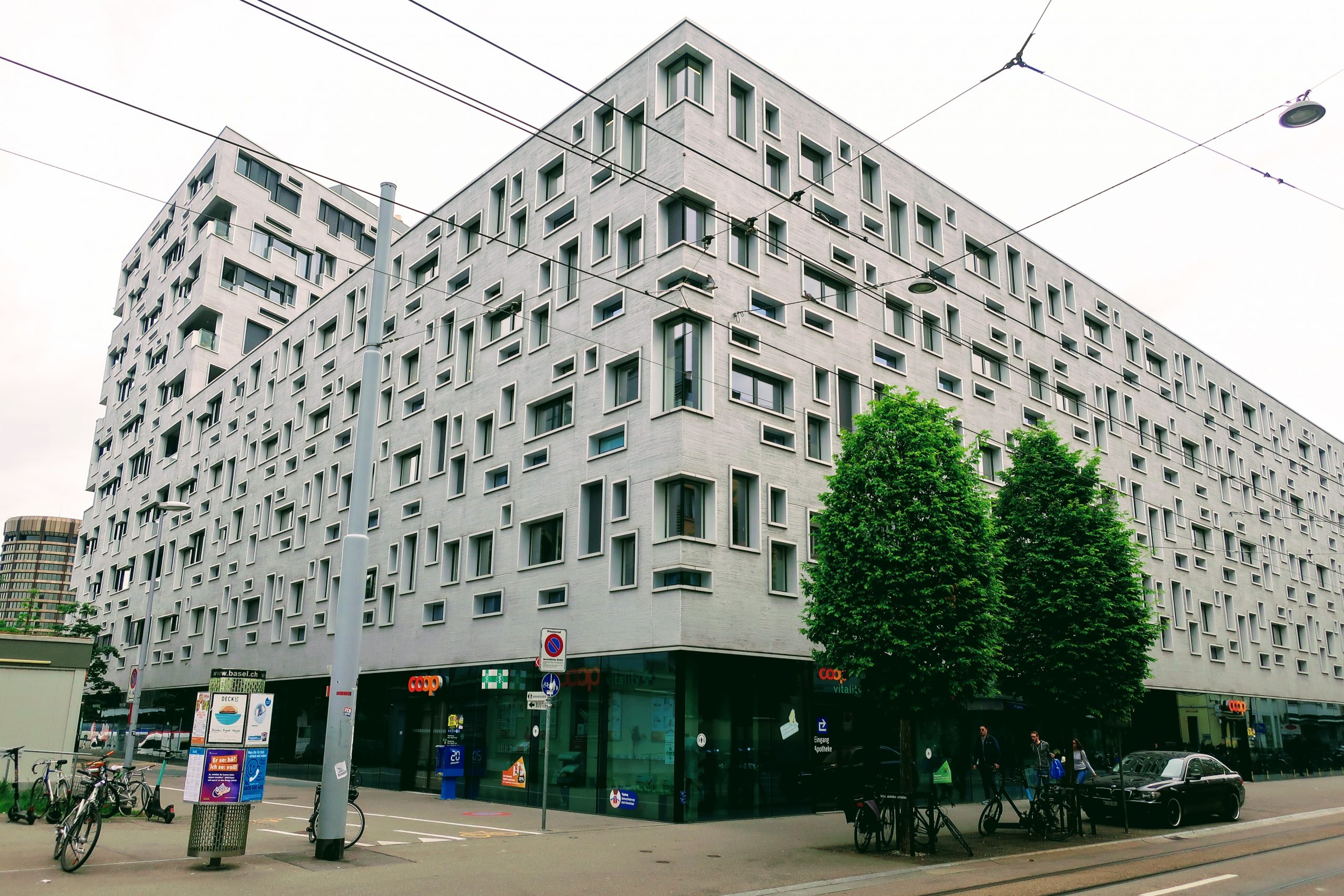 Nothing special, actually a bit disappointing. I thought this snap would turn out a bit prettier and more artistic than it did: 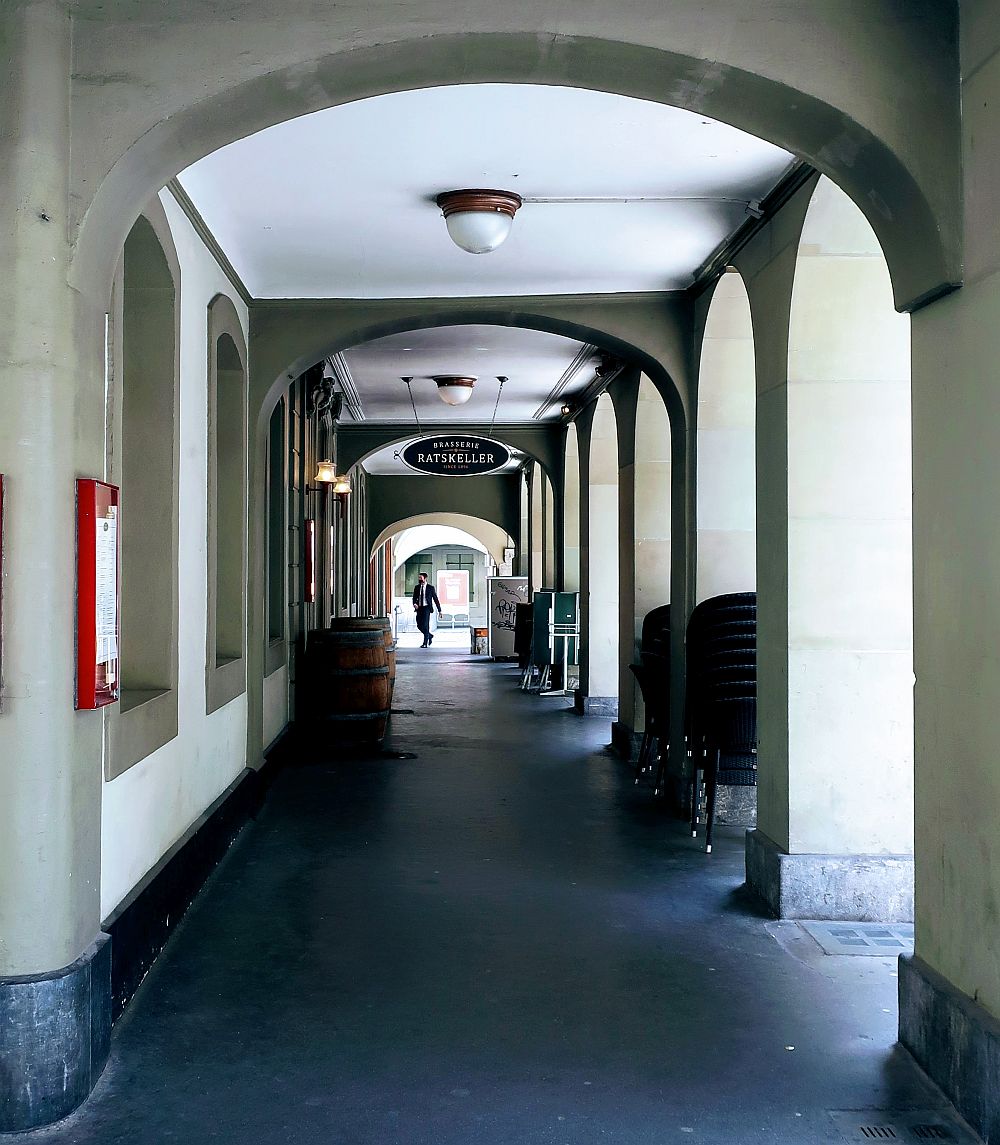 On a remote Winterthur road, in the direction of Pfungen, 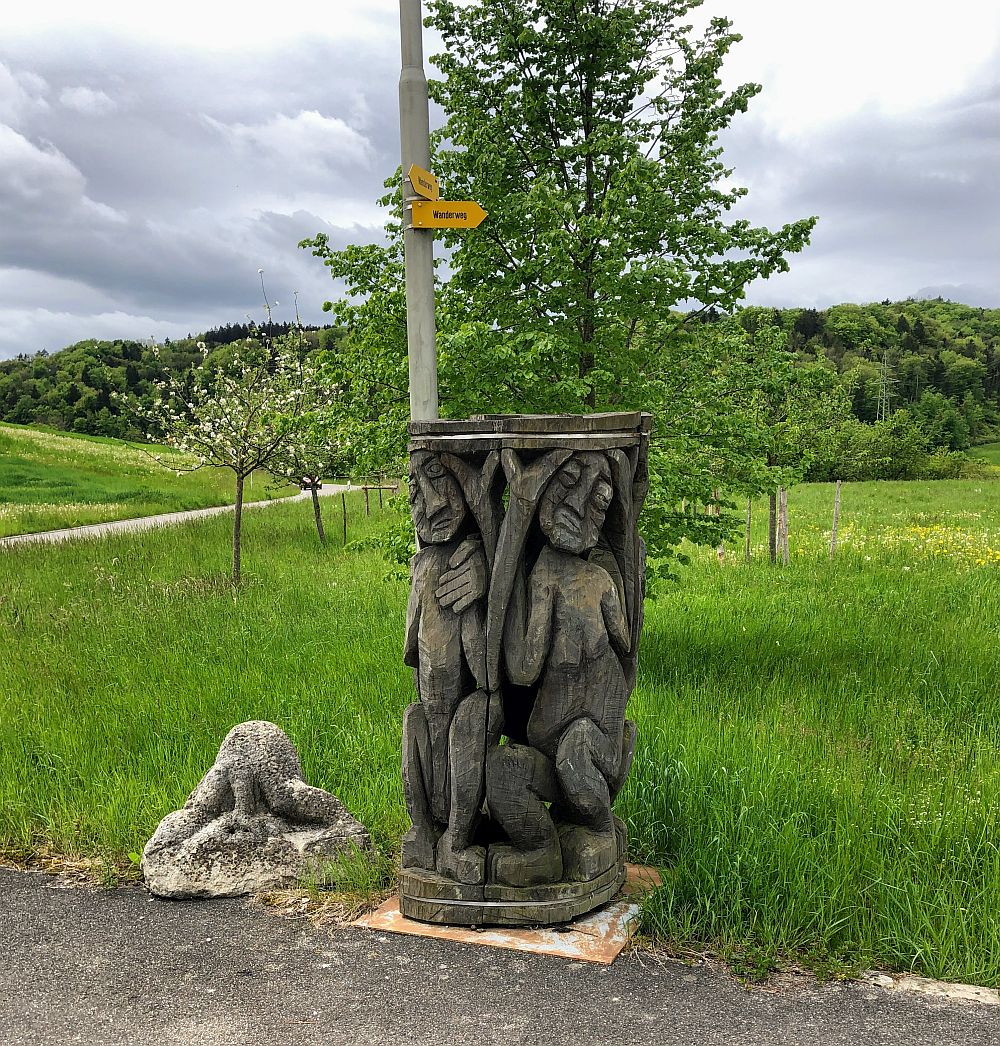 Not much to say 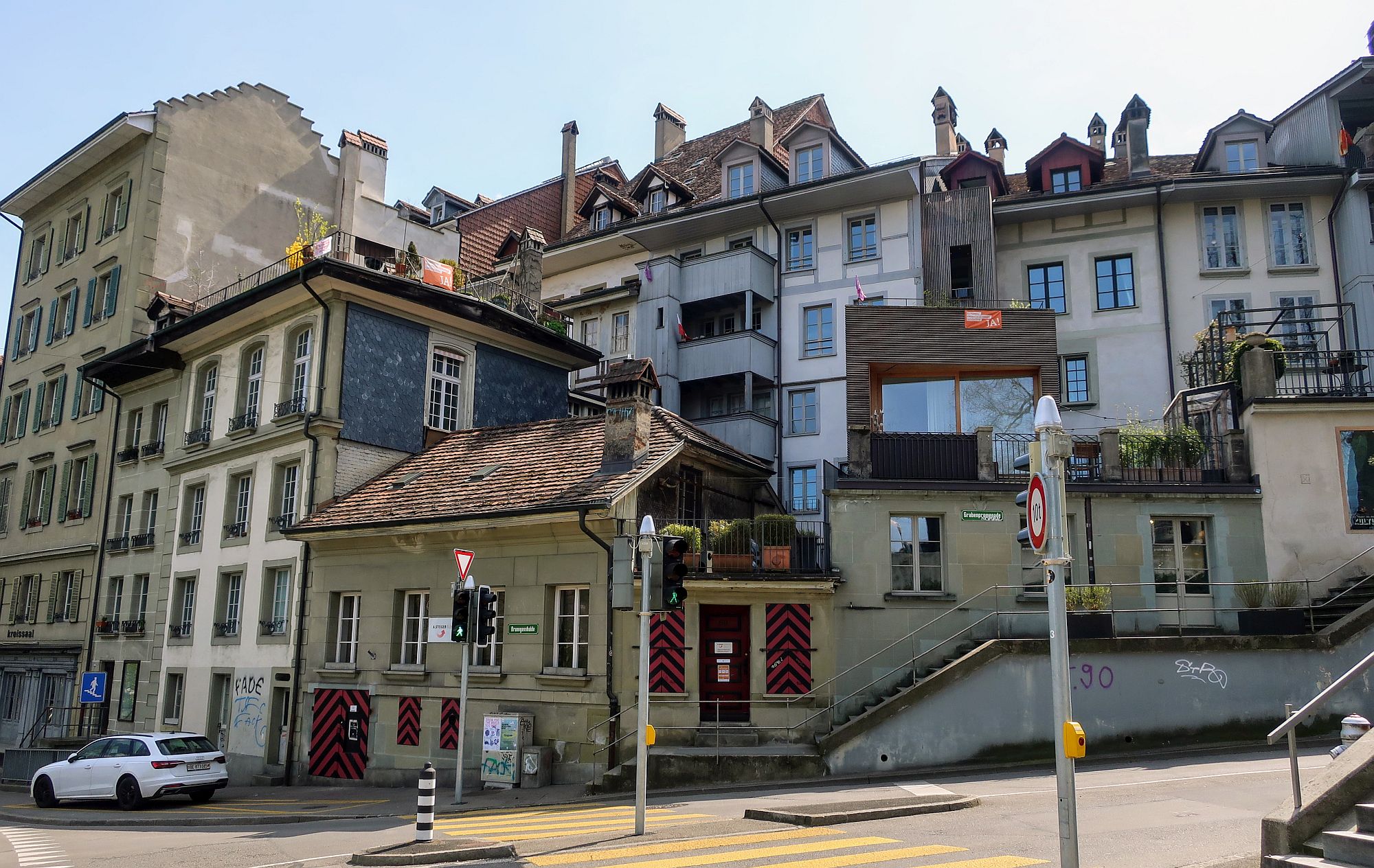 OK, maybe a bit to say. What you can’t see here is the other side of the street, behind me, which is in fact a valley with a river below it. So the idea here is that the buildings are competing to get a good view of the valley and the river below.

Continuing the series, here is a black-and-white snap of a cement factory in Winterthur, 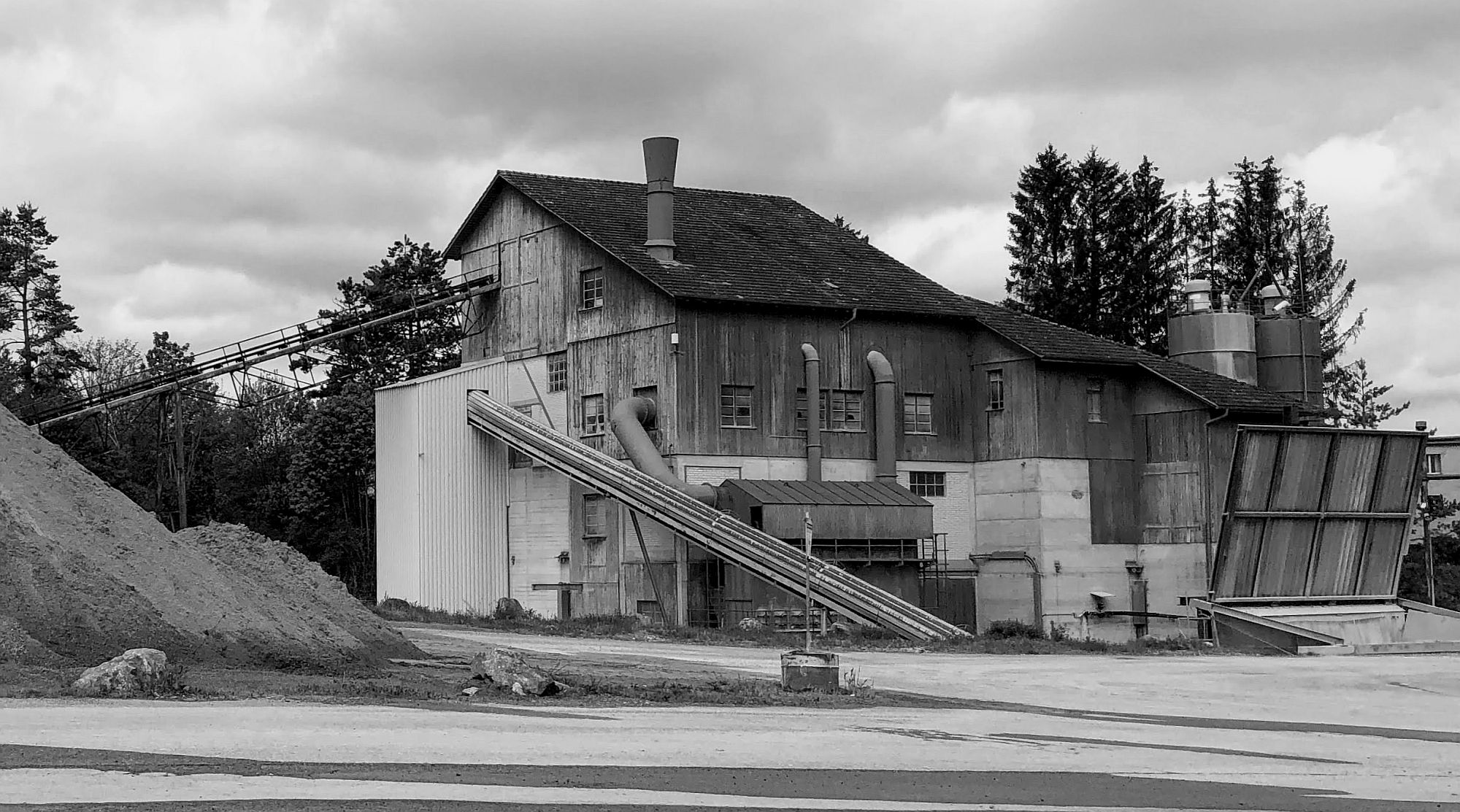 Continuing to demonstrate the universal truth that it is impossible to take a bad snap of a good cow, I can’t tell you whether this cow self-identifies as an Eschenberg cow. But I can tell you I took this snap during my daily 15 km Nordic Walk in the forests of Winterthur, in a spot known as the Eschenberg: 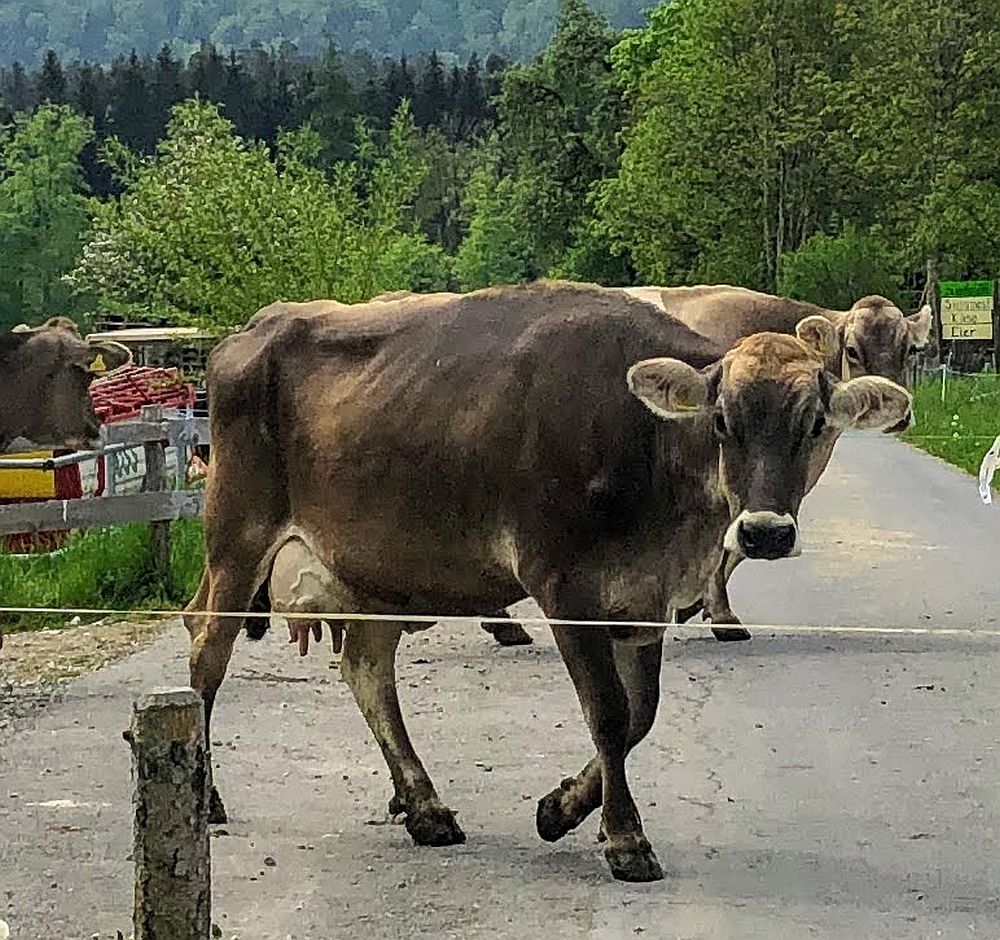 This cow was one of 49 other cows being led to a new grazing field.

Continuing the series, the five little hillside and seaside towns that comprise the Cinque Terra seem to each be so small so that there is no real need for a large grocery store. As far as I can tell, most of the locals tend to do their shopping at places like these: 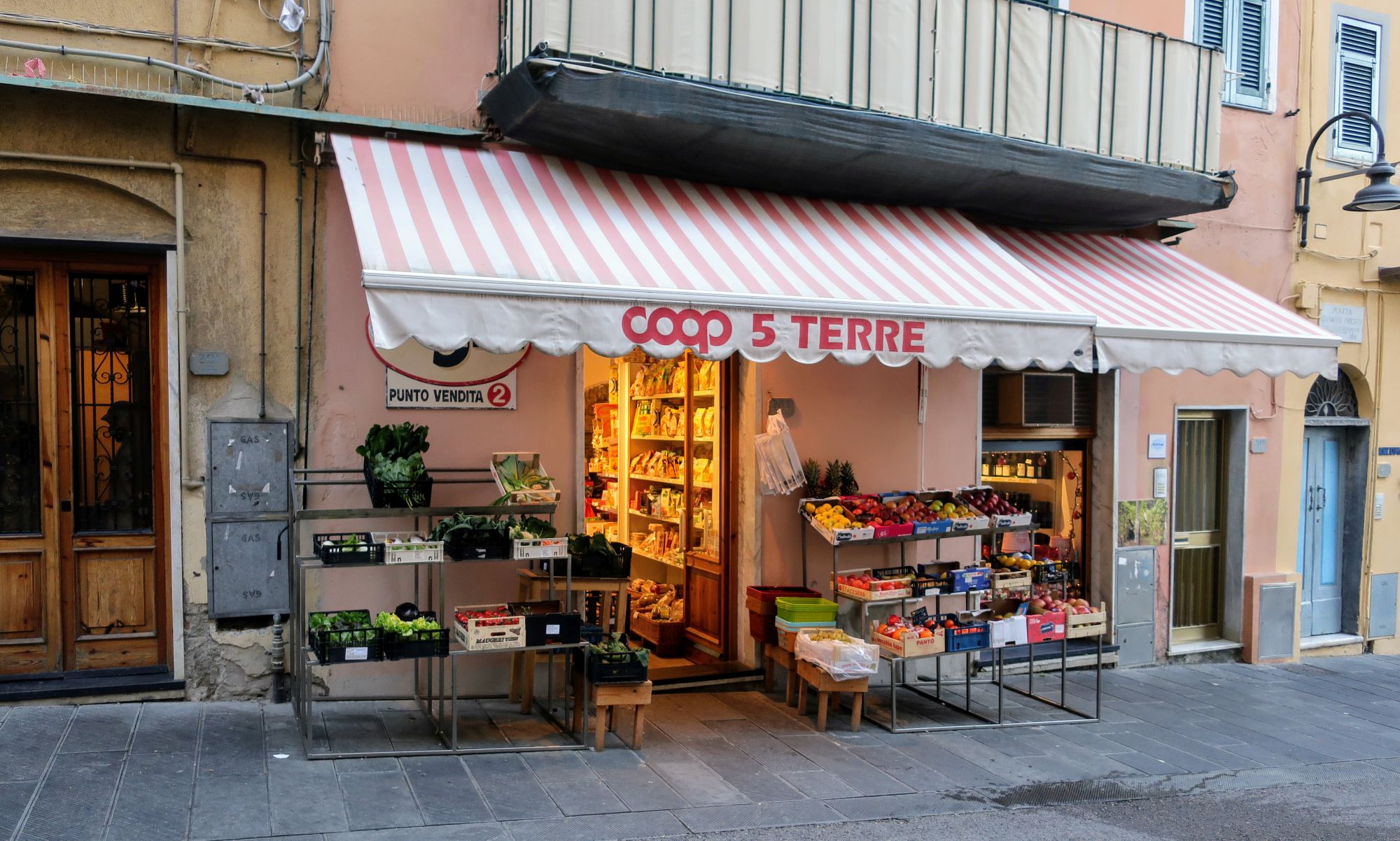 Continuing the series, a snap of colorful hillside village of Riomaggiori in the Cinque Terra region of Liguria, 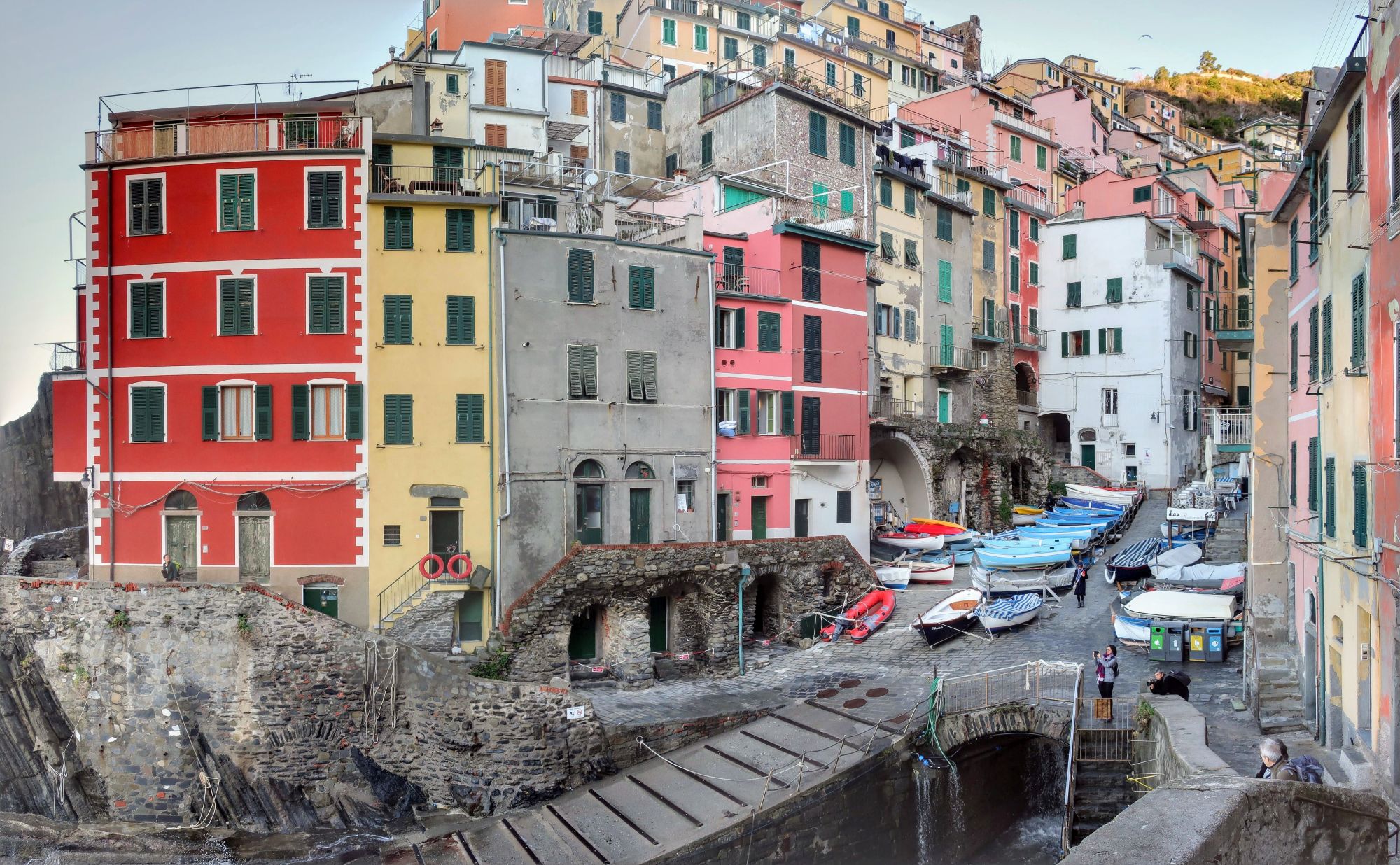 Interestingly, I was here during late December 2019 when – unbeknownst to anyone at this time – Covid was beginning to ravage North Italy. Around 2-3 weeks later after returning to Switzerland, I suddenly came down with all the classic symptoms of Covid. But this was weeks before the disease was even recognized in Europe, much less had the name Covid-19!

Unfortunately, I cannot put my finger on exactly when and where I was infected. I also have no evidence to prove I was really “Patient Zero” for Switzerland – although in terms of timing, I certainly could have been.

While in Italy not only did I have a few strange encounters with people who were coughing – but I also stayed in Alsace, France, in hotels filled to the brim with Chinese tourists. In fact, at once hotel in La Spezia I was checked in by a woman who had to step away from the computer, just to cough.

But nevertheless, a nice snap looking south from an Autostrade in Italy on my way to Genova, which is where the Italian region of Liguria officially starts:

This is Margaret Clitherow, a Catholic woman who lived in the north English town of York from 1571 to 1586: 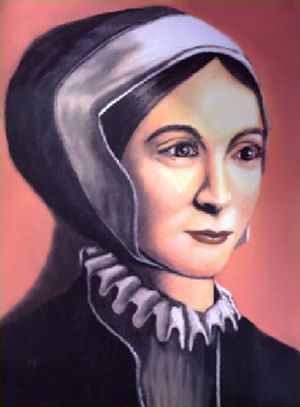 And this is The Shambles – today really nothing more than a narrow street in York, but very famous back in the day as York’s slaughterhouse: 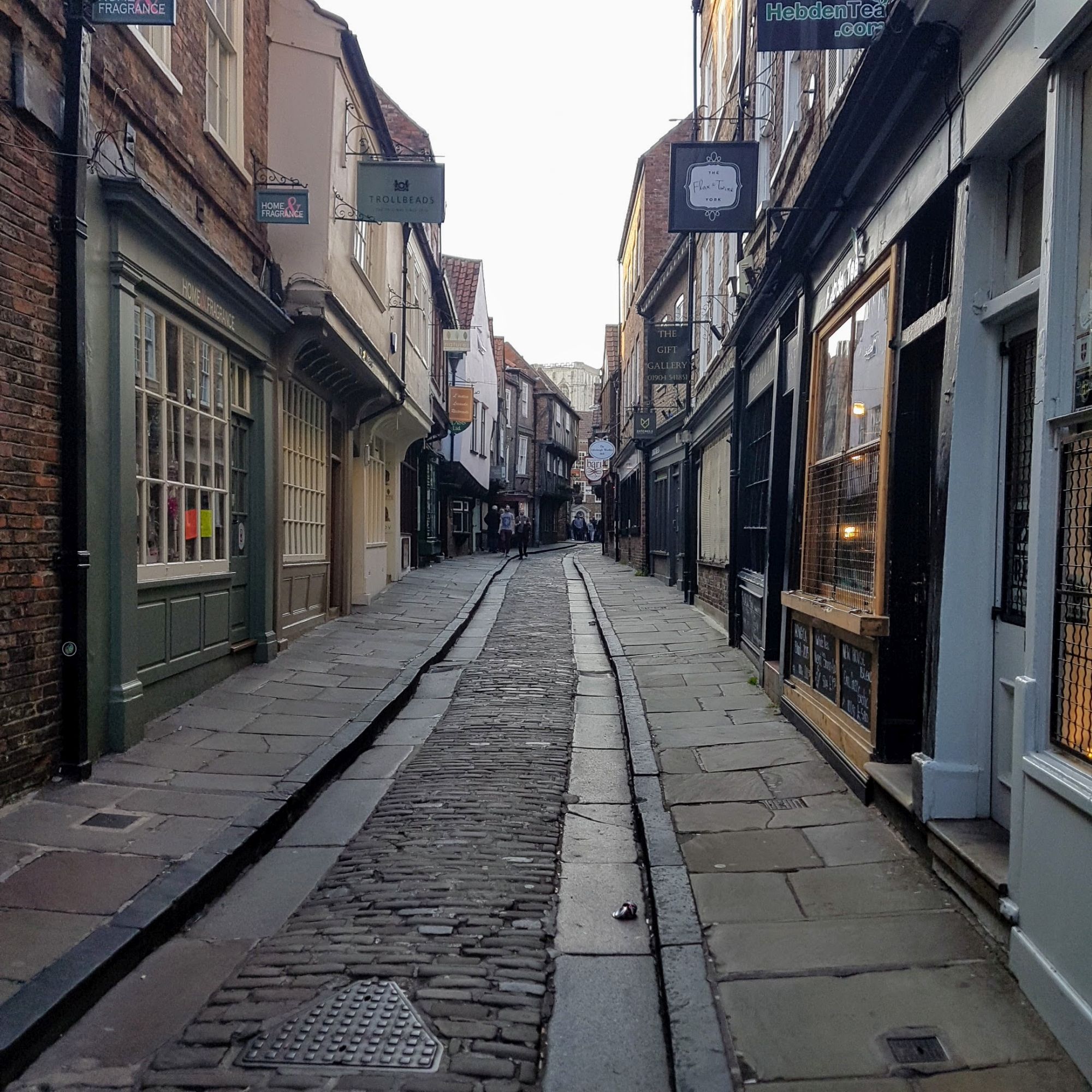 But this is where it gets interesting. Because today Margaret is something of a folk hero for the residents of York. She was executed by “being pressed to death” by the English church at the age of 15 years old (that was her age, not the age of the church). Her crime: hiding Catholic people who were being persecuted by the church. Here is the plaque at the Shambles that commemorates her execution and, much later, he recognition by the Catholic church as a saint: 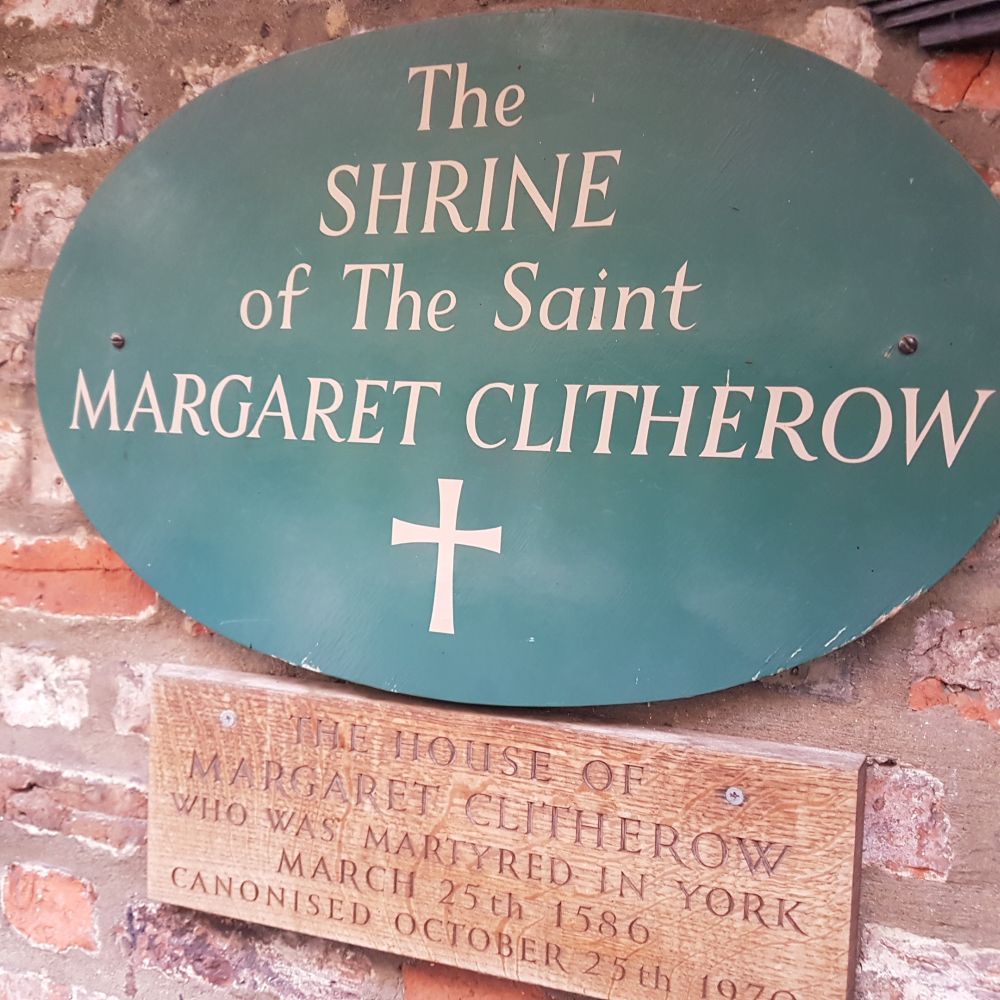 And here is a house, not too far away, where apparently many Catholics were hidden: 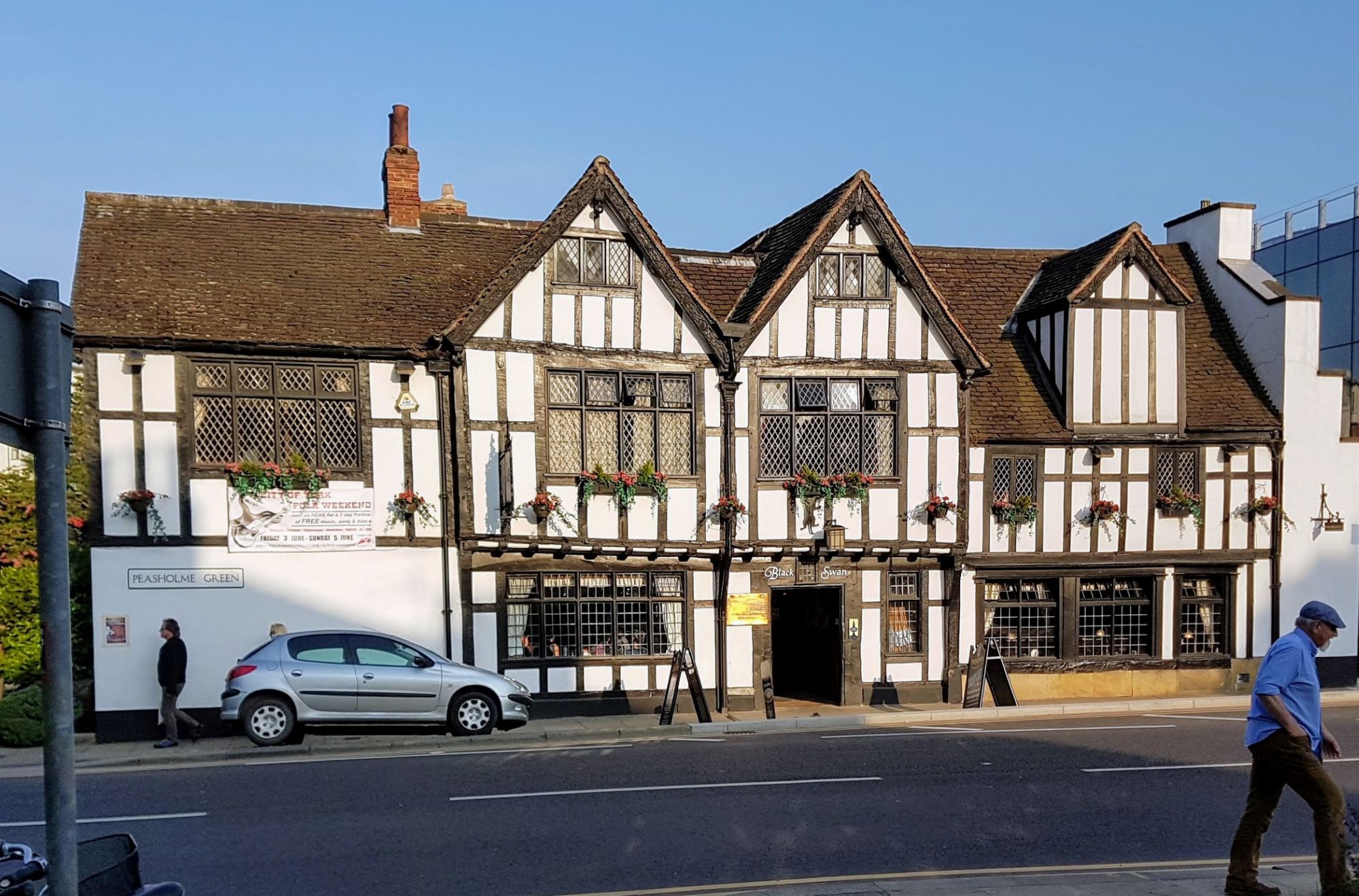 At least in my case, it really goes to show me that I don’t understand very much. Today the differences between religions such as the English Church and the Catholic Church hardly seem grounds for executing people. Back in the day, did the religion itself play a role – or what it more of a power grab? Or perhaps some general prejudice and discriminations that people felt then but also still feel today?

Every country is filled with mysteries . . . and Switzerland is no exception. I took this snap of a rotting, decrepit building, high and deep in the Alps of central Switzerland: 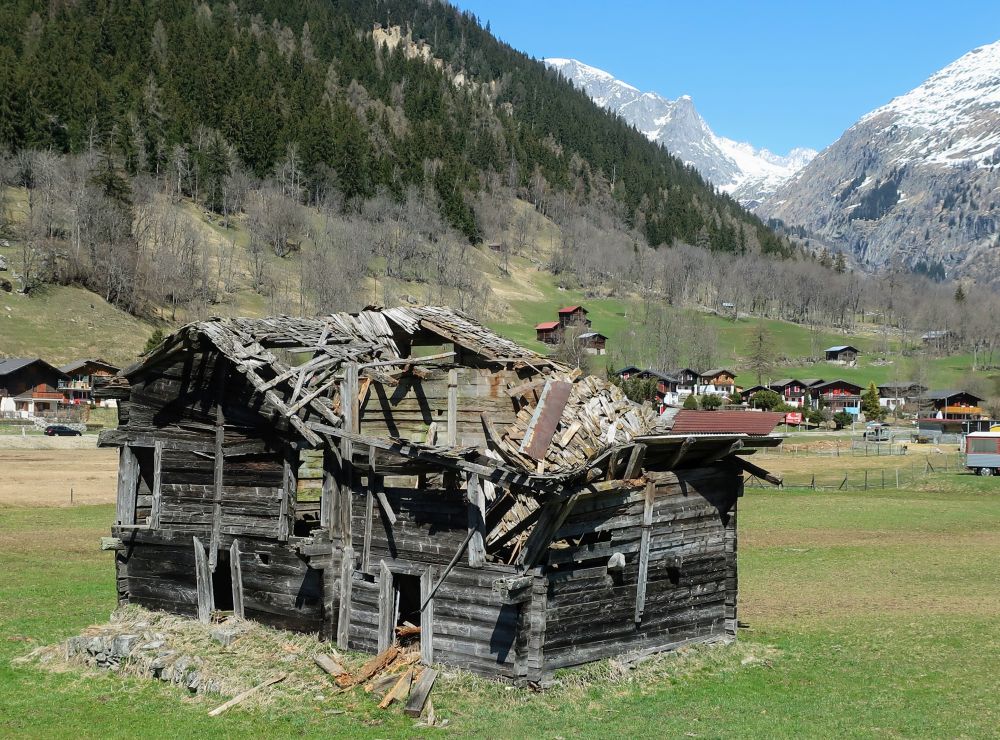 Really makes you stop and think . . . why?  Perhaps it was at once time a building of historical significance, and now the owners are forbidden from destroying it?  Or perhaps they receive financial benefits by having a damaged property on their land? Or perhaps . . . they just thought it looked nice – which I think it does!

One of my favorite snaps of the Duomo in the central area of the northern Italian city of Milano, taken while my father was visiting a few years ago: 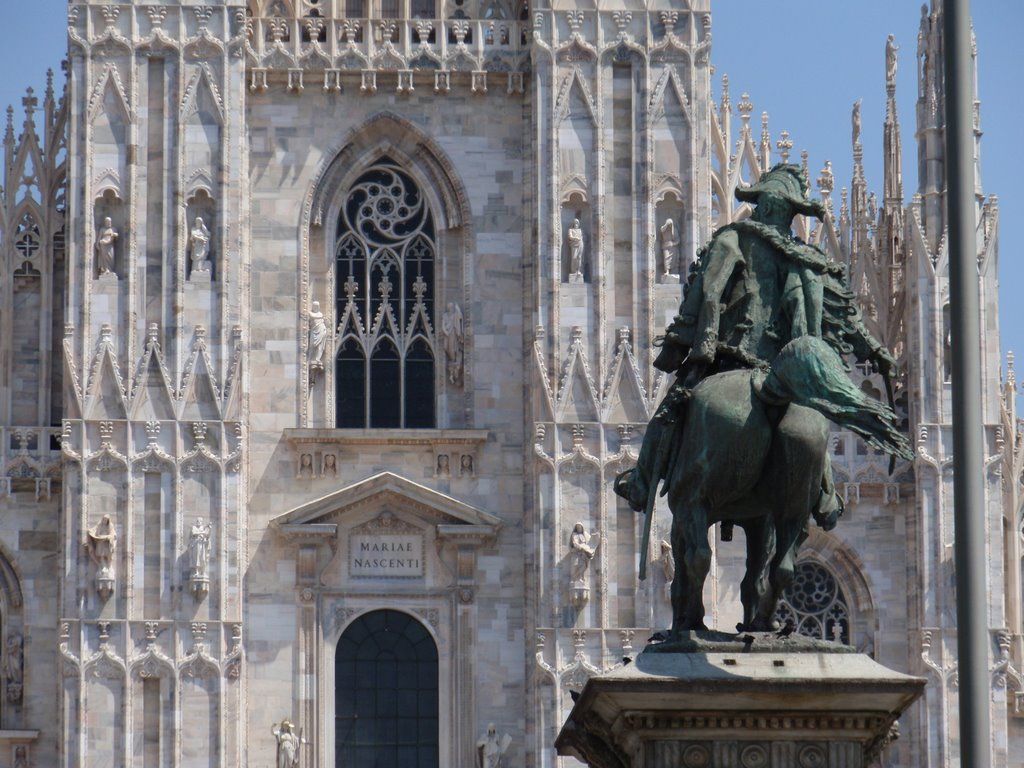 Hardly more than 1 inch across, I took this snap of a little flower growing out of the wall that is part of the Habsburg Castle, 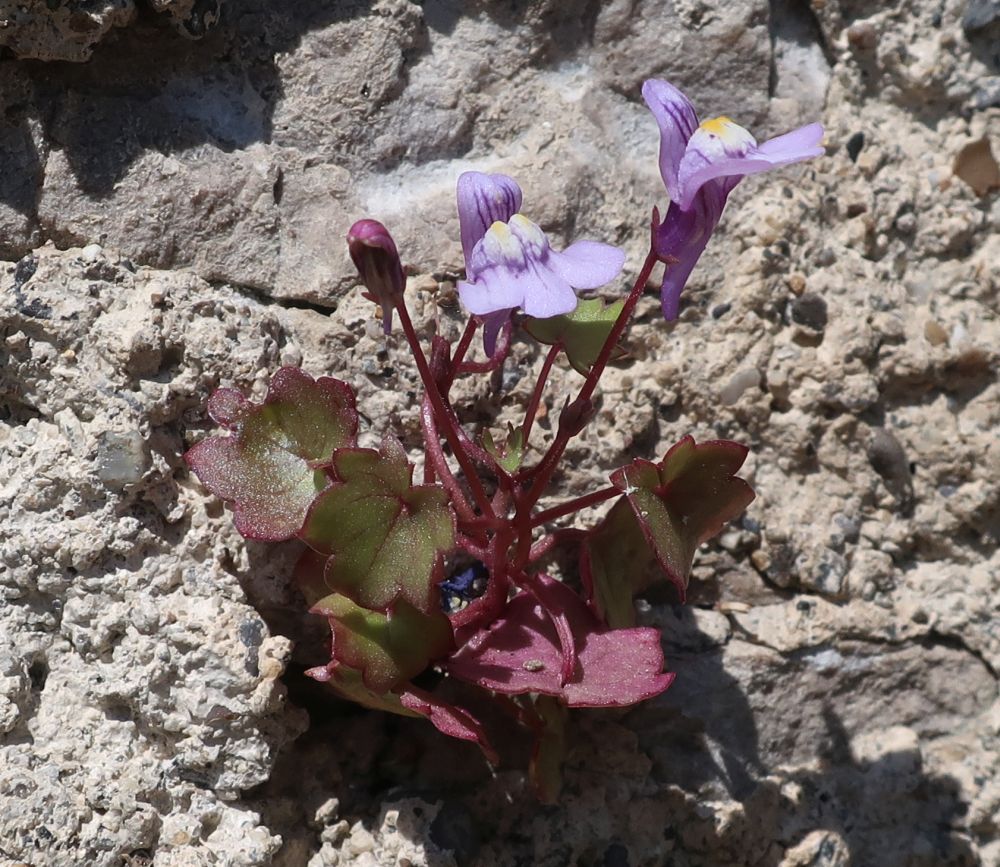 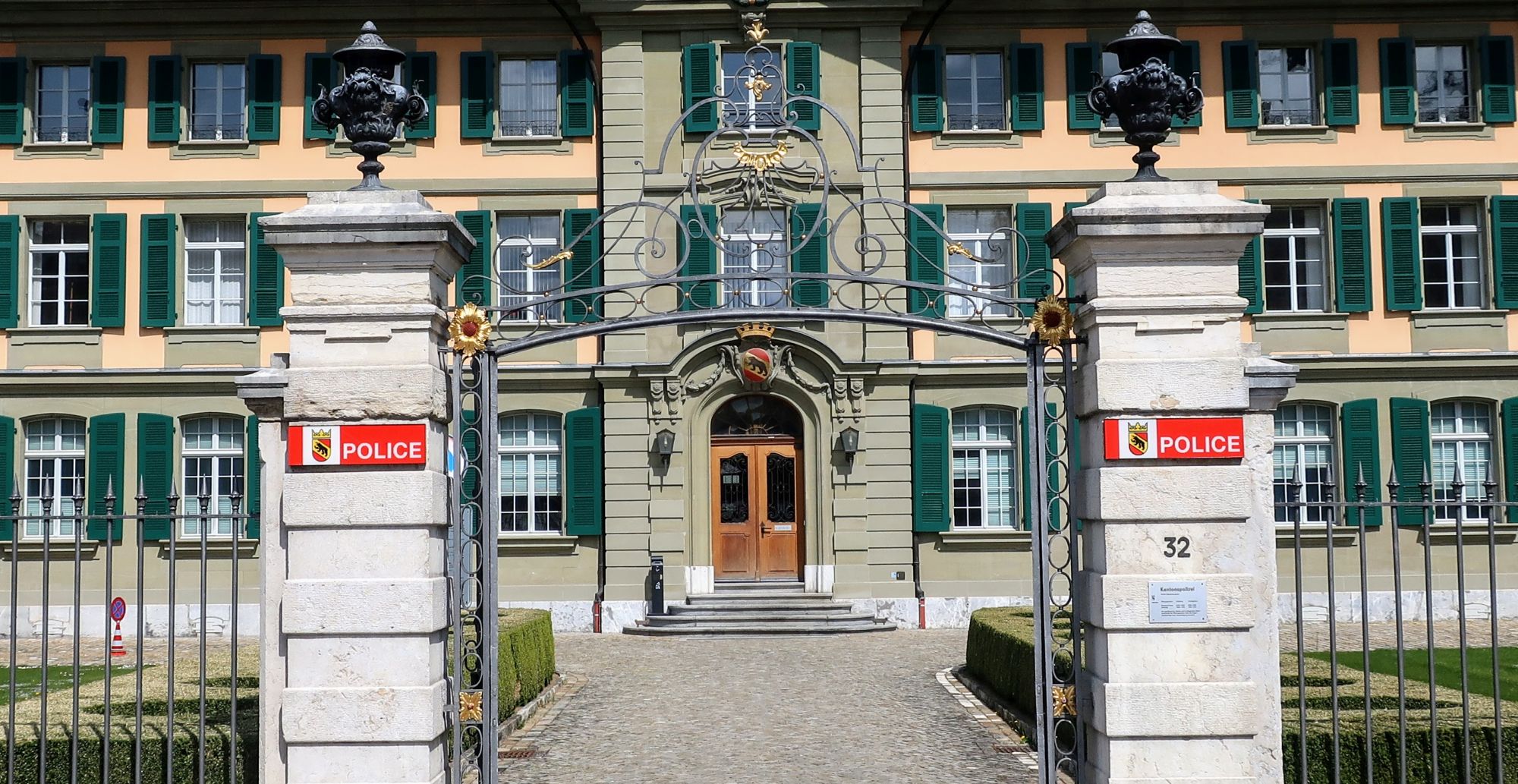 The same goes for Switzerland. Yes, there are places so flat that some companies have set up remote offices for calibrating the flatness of things like rules and levels. But by and large, Switzerland is very mountainous.

Here’s where a great iPhone app called PeakFinder comes in. You start up PeakFinder, point it in any direction you like, and it shows you a superposition of the landscape together with detailed information about all the peaks. It even let’s you take superimposed pictures! 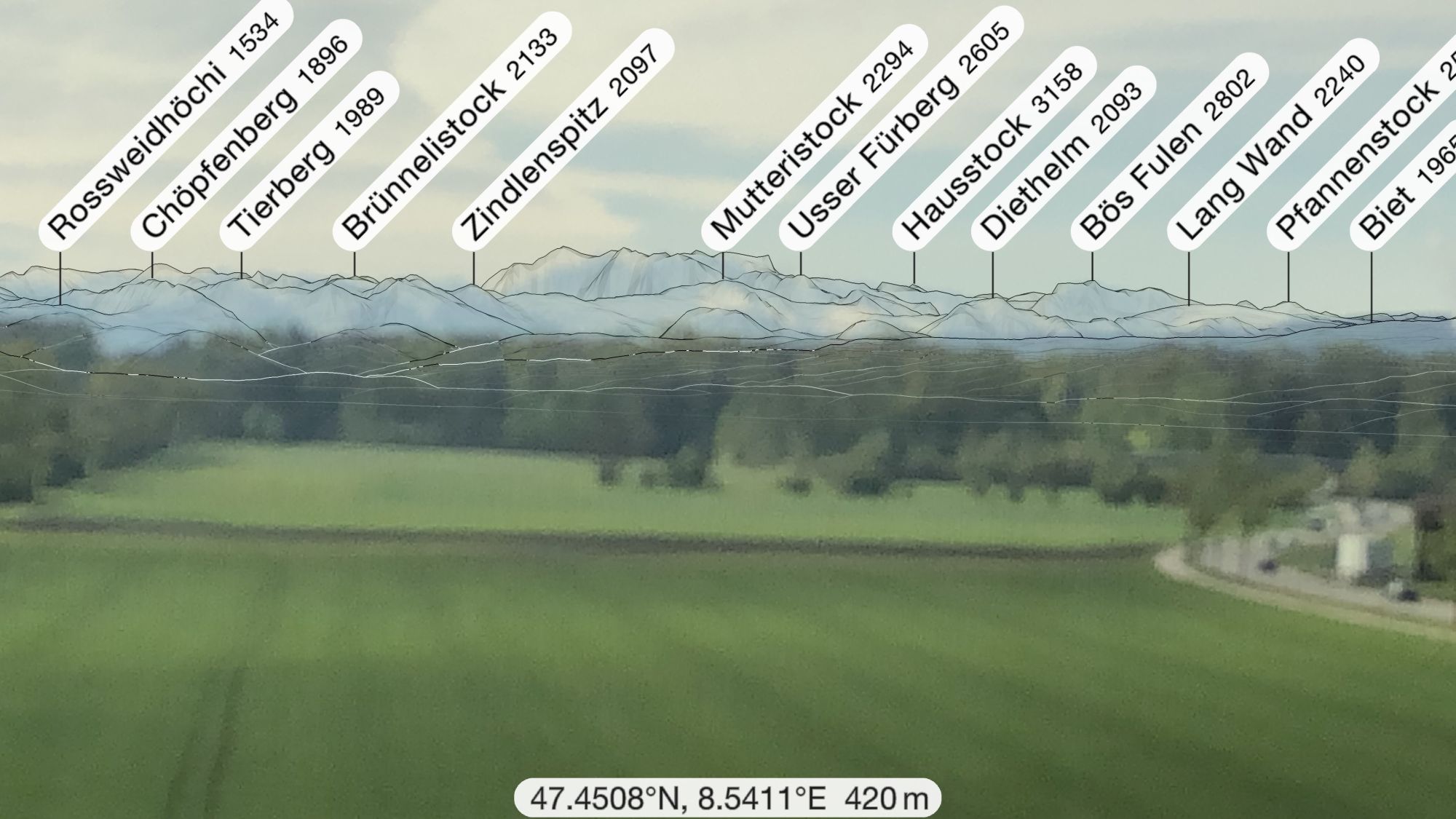 As you can see here, PeakFinder provides you with many surprises. For example, in the snap above the peak Hausstock looks quite tiny – but in fact at 3’158 m it is by far the highest visible peak in the entire snap!

The Swiss Alps are tricky things!  You may think the Alps shown in the background here are just a little ways down the street – but they are not! In fact, they are so tall that they are nearly 2 hours’ drive from here by car!

That general “bump” you see is referred to as the Glärnisch, the direction is almost directly due south – and it reaches a maximum height of 2’914 meters or 9,560 feet. 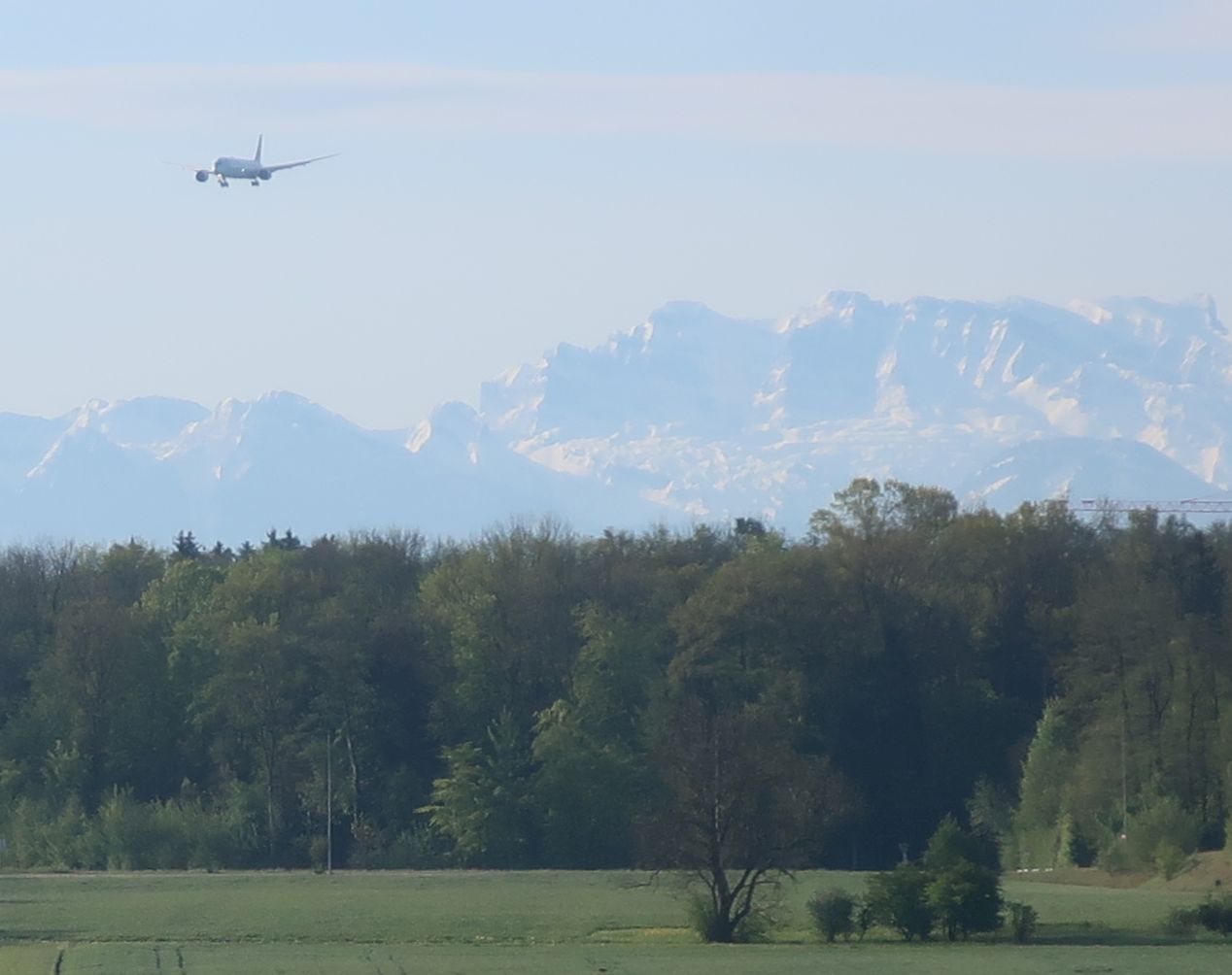 This is Louis Leygue, a sculpteur of quite some fame based in the general area of Bourg-en-Bresse, in France – a region probably most famous for its Poulet de Bresse chickens. 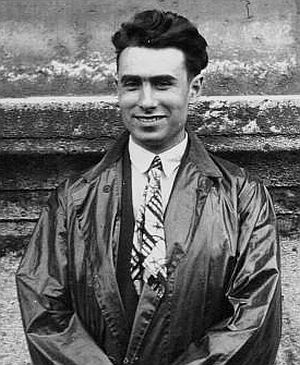 I was really surprised to find this here, since I did no research and was just walking around. Here is one of his most important works: 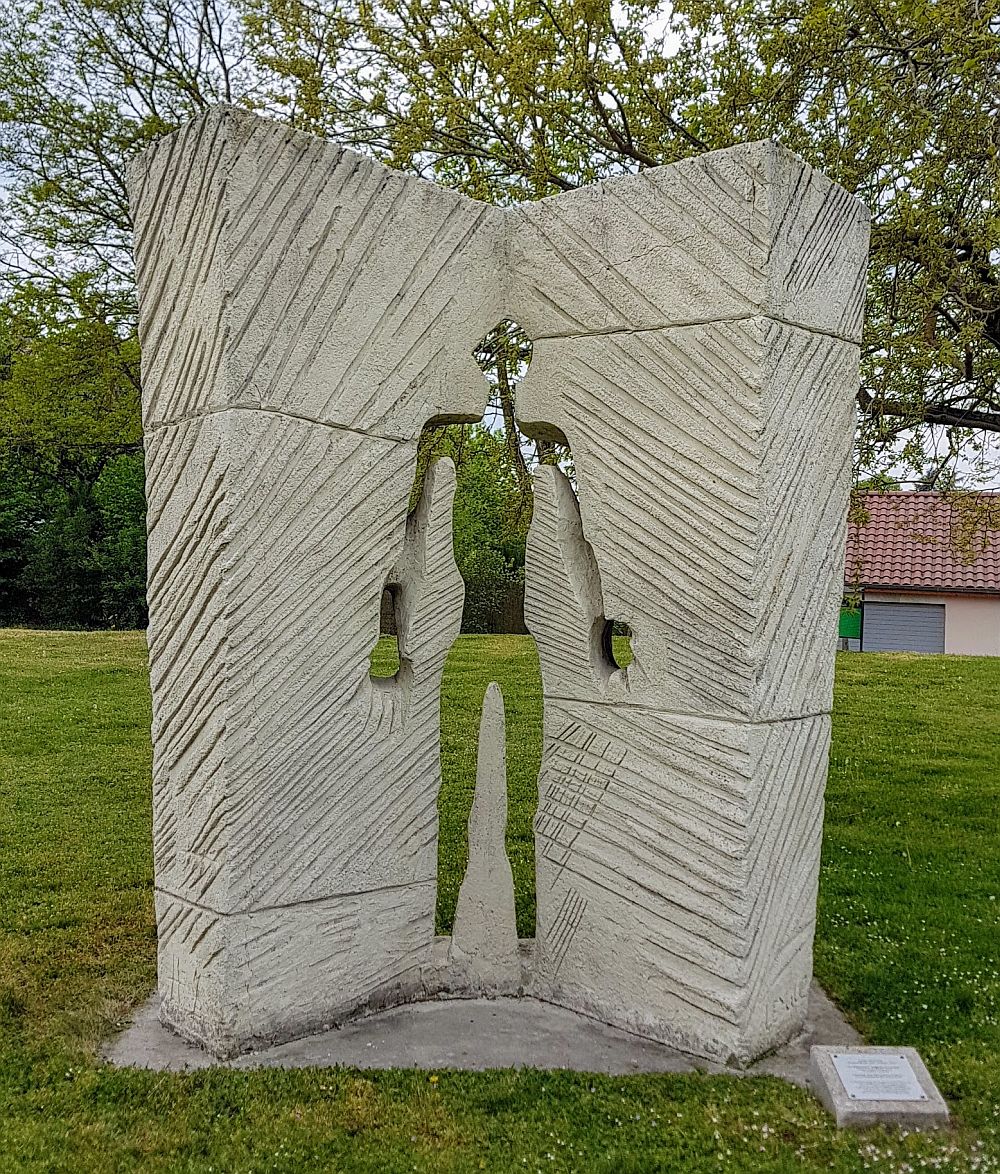 Here you can read more about the artist: 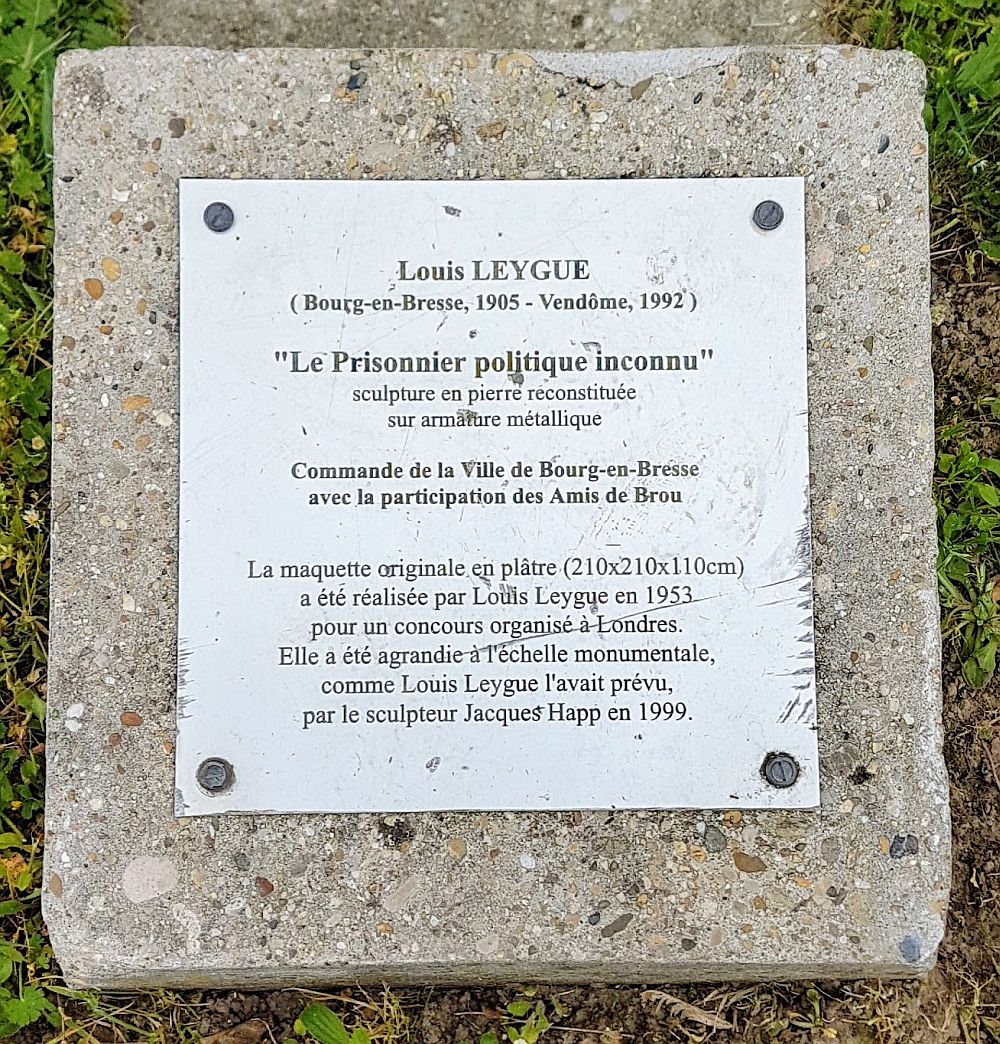 This is a lion in the north central French town of Châlons-en-Champagne, 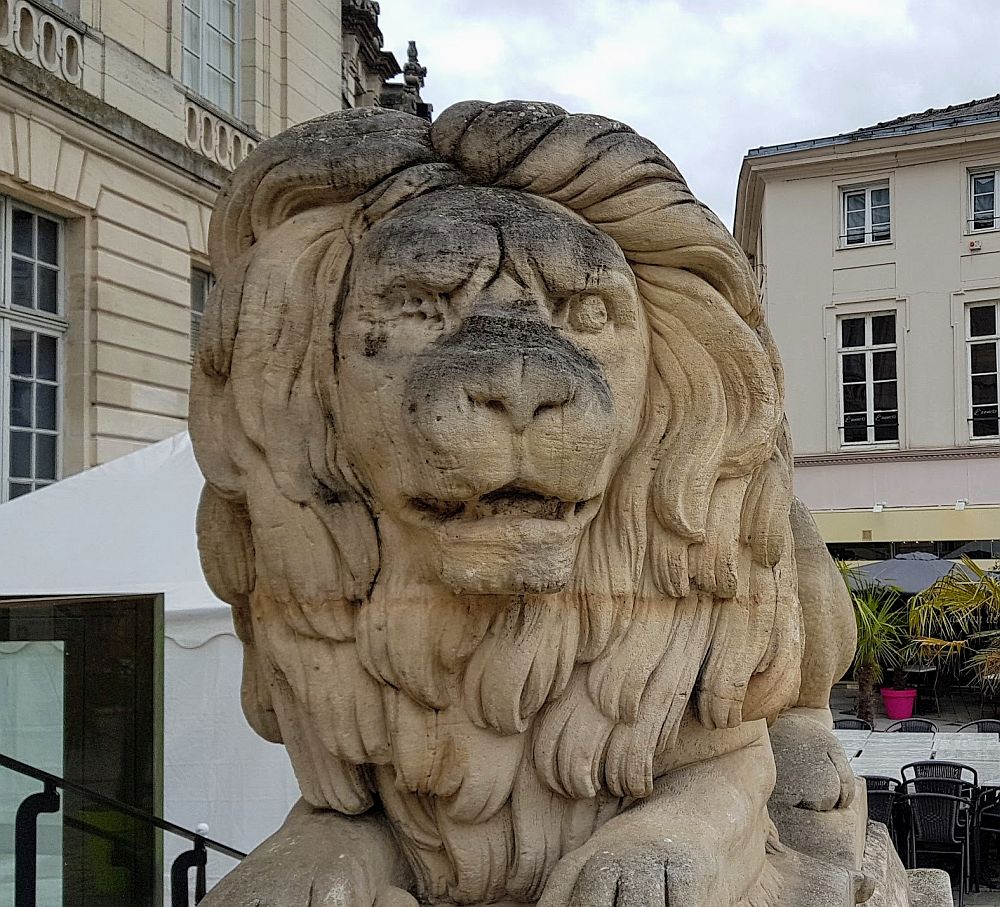 I took this snap in the southeast Texas seaside town of Corpus Christi, just a few months before the Covid pandemic erupted. It shows a dead weed in front of one of the zillions and zillions of refineries you’ll find in South Texas: 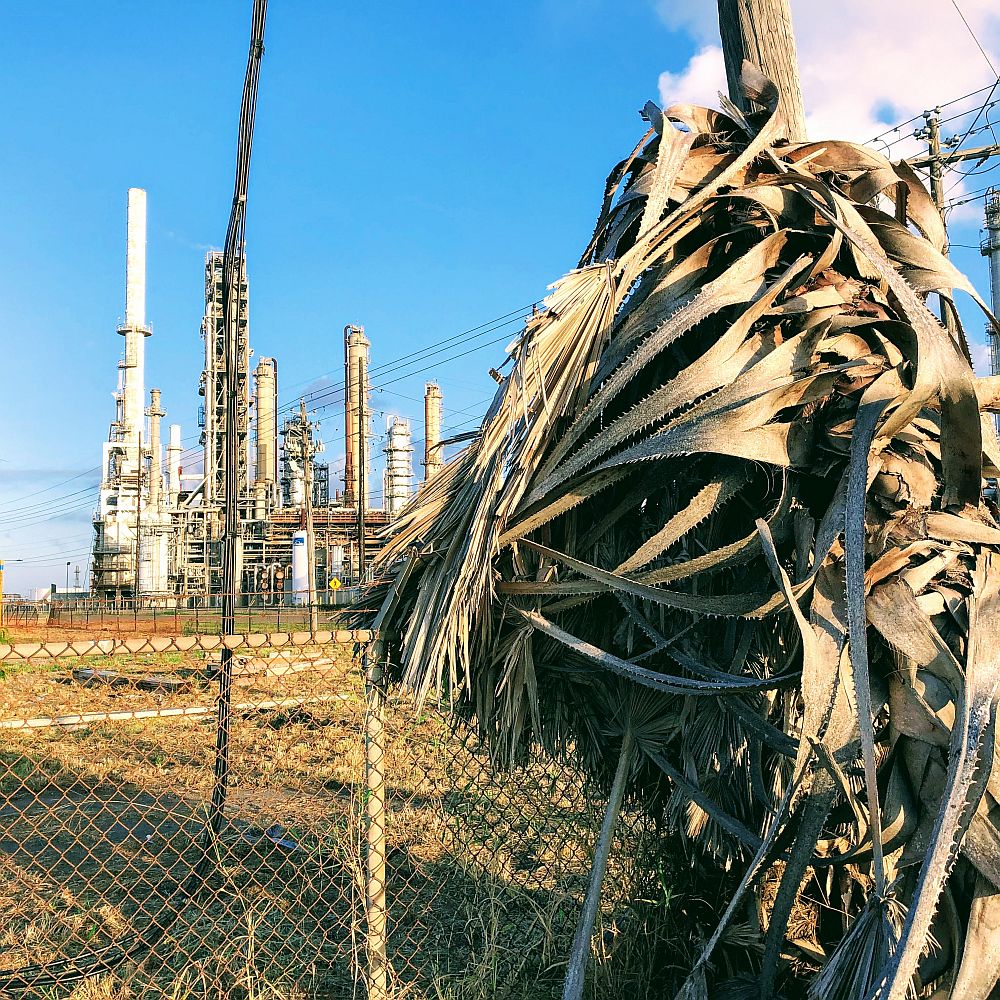 Note added on 05.05.2021: My Dad just informed me, this weed is the dead remains of a so-called sawtooth cactus. According to him – and my parents lived for many years in Corpus – the neighborhoods around the refineries are increasingly becoming devoid of vegetation. There are the laws that regulate the nature of the refinery pollution – but then there is reality, which often differs considerable.

Nothing particularly significant, just a doorway on a building in Zürich that I thought looked nice: 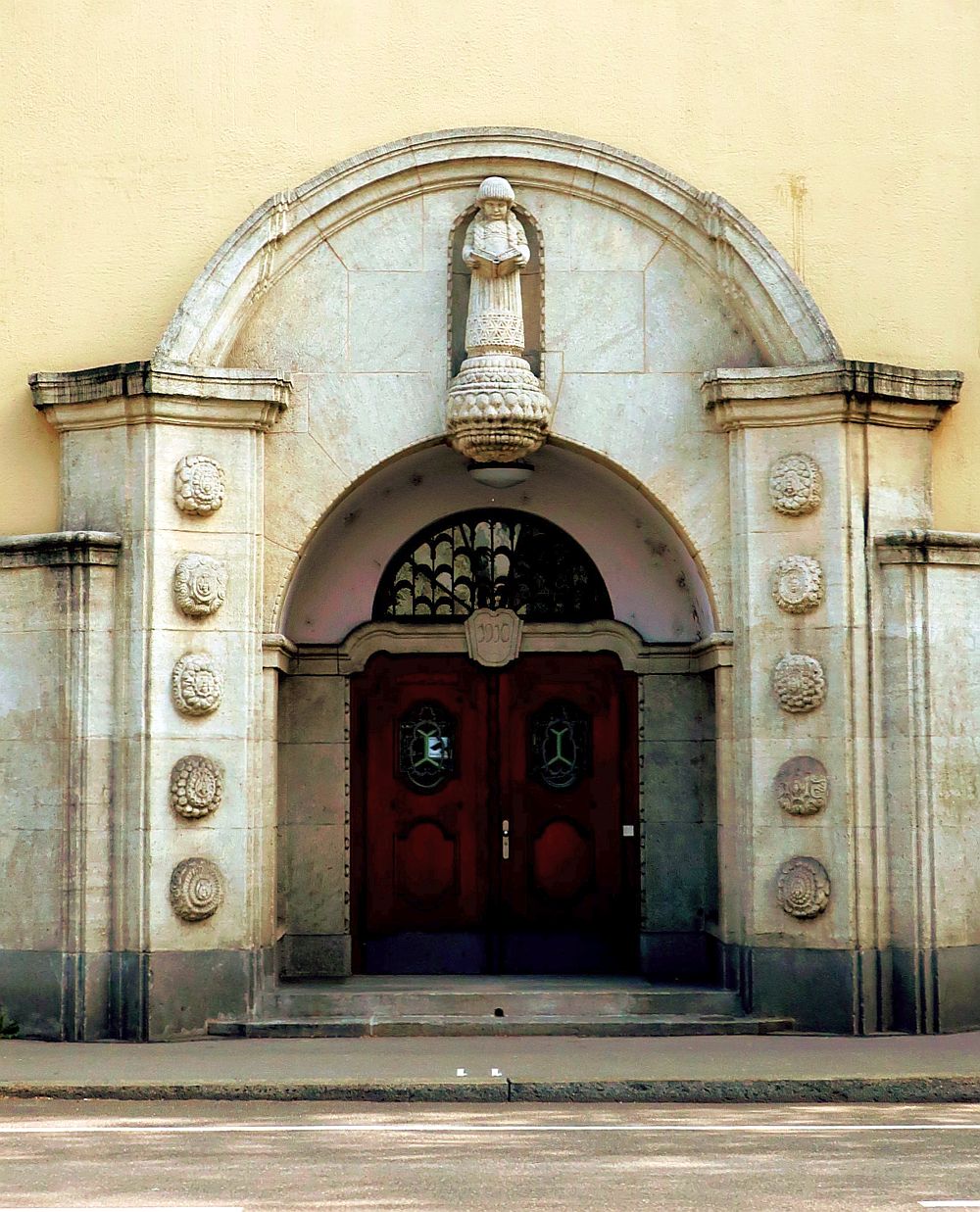 Located not too far from my home, it dates back to the year 1000, and it marks the spot where the very powerful Habsburg Dynasty was kicked off and more or less controlled huge swaths of Europe for literally hundreds of years – so long, in fact, that inbreeding within the family gave rise to genetic mutations such as the famous “Habsburg Jaw,” simliar to the likes of Jay Leno and John Kerry. 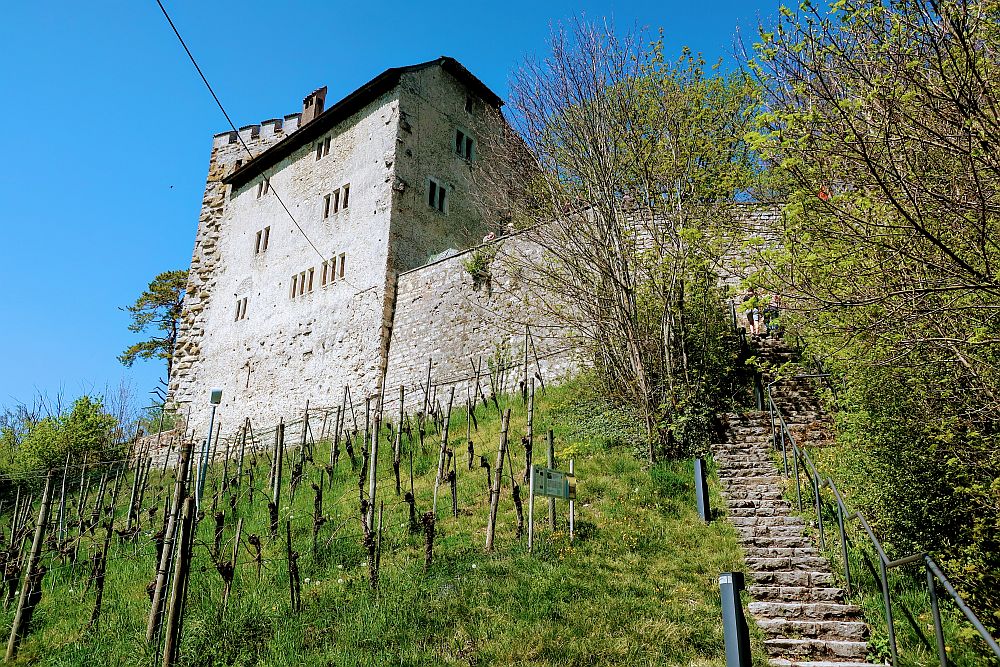