This is the famous Italian explorer Marco Polo, 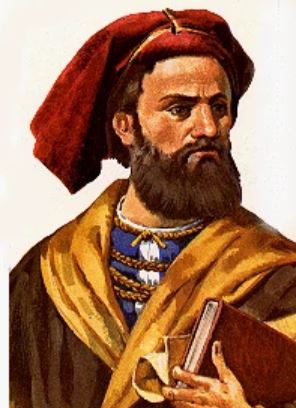 I have not researched this personally, but I read somewhere that at one point he stayed in the Swiss city of Bern, in the area known as the Matte: 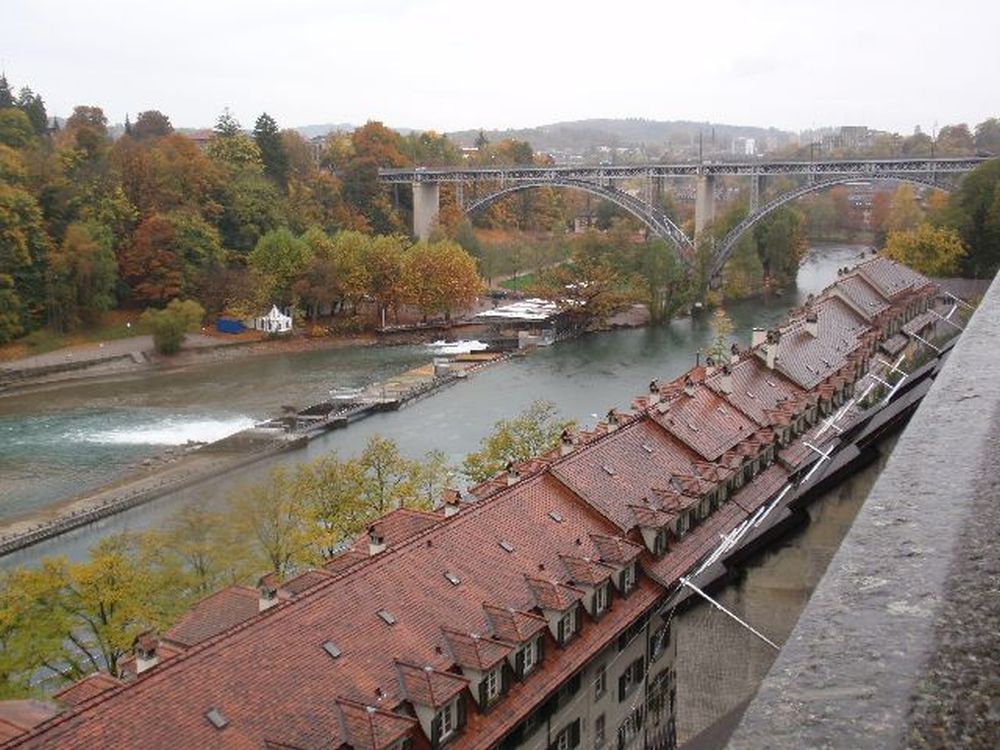 This is the area where farmers would bring their produce in the middle ages to be sold in the city of Bern, so interestingly the merchants of this area developed their own language, Mattenenglisch, that was not understandble outside of their community, so they could keep their negotiations a secret. There are many such examples of dialects created for this purpose around the world.