Although the Oktoberfest in München is by far more well known, the Bad Canstatter Volksfest in Germany has the unique charm that it’s almost as big as the Oktoberfest, but is attended only by the locals.

Here’s what I thought was a pretty snap of a beer hall I took early one afternoon: 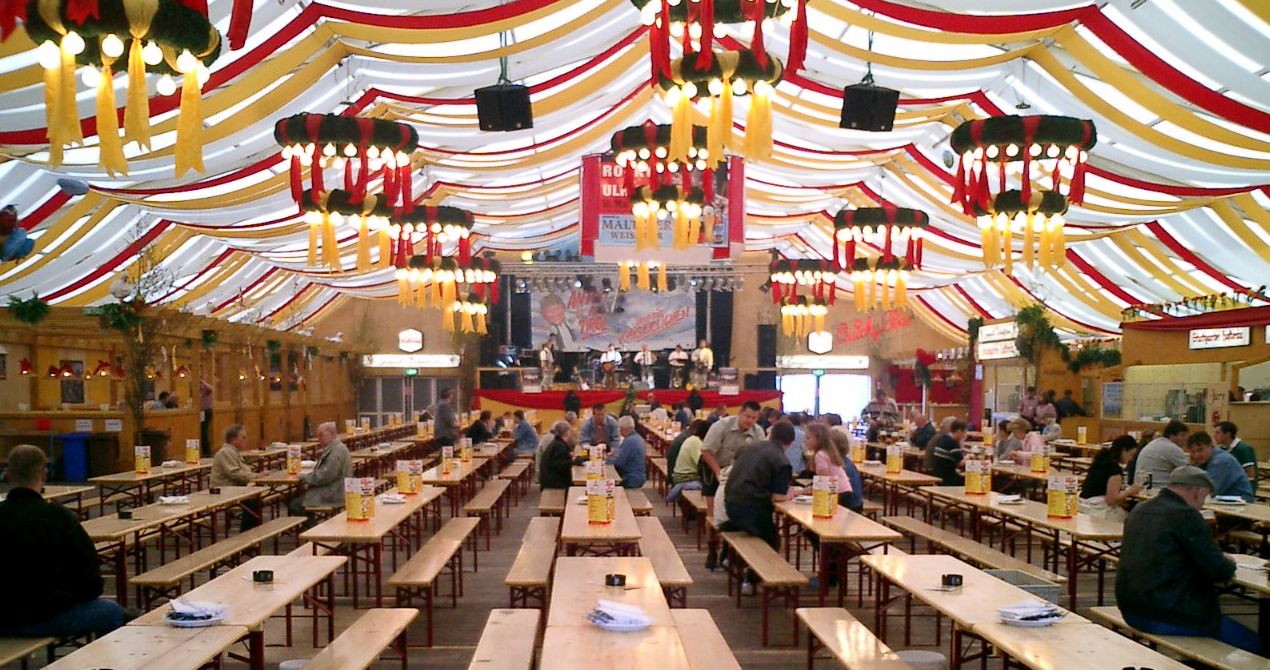 Believe it or not, it is attended by several million Germans – real Germans, not tourists – and it is world’d second largest beer festival.